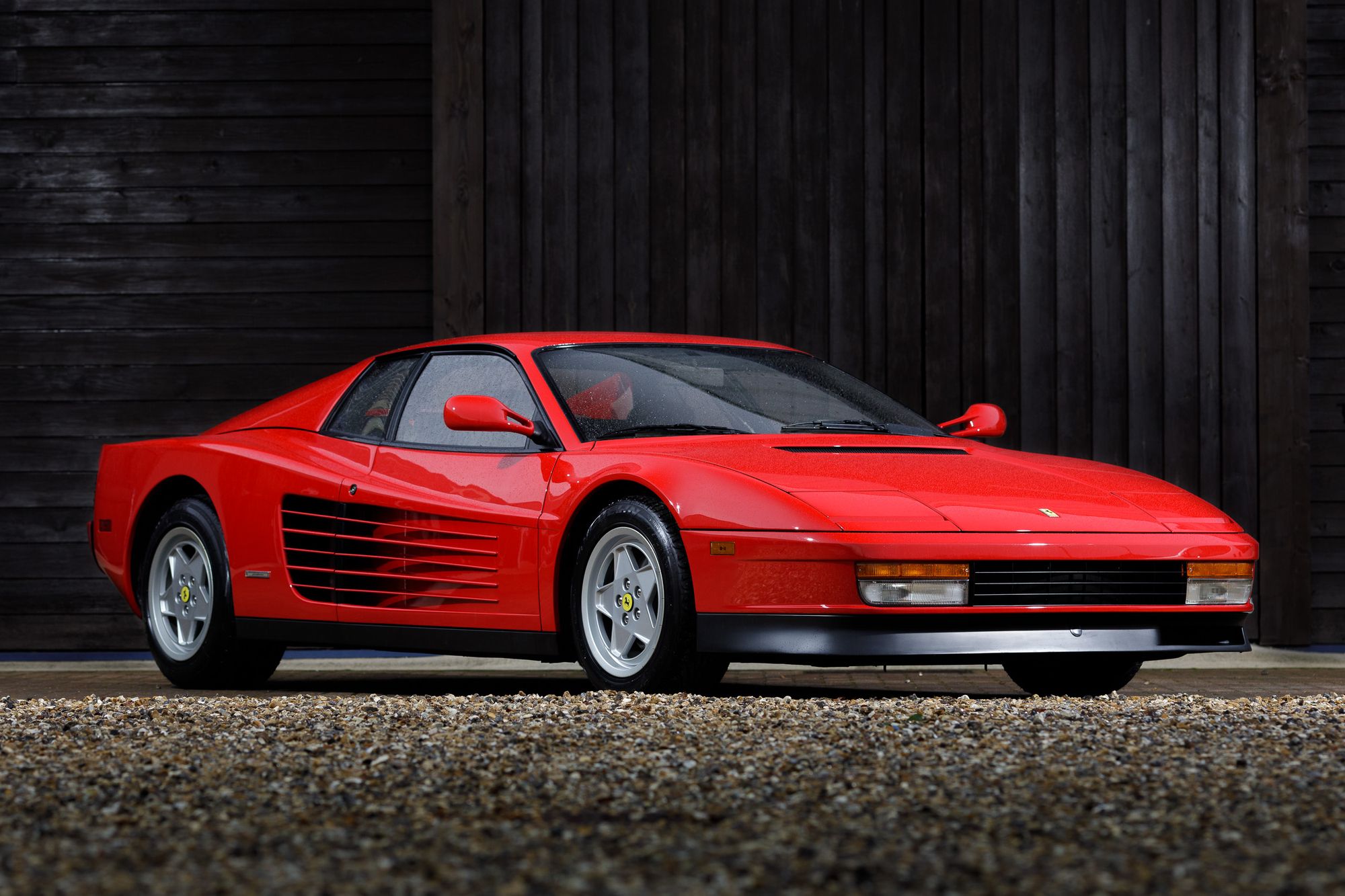 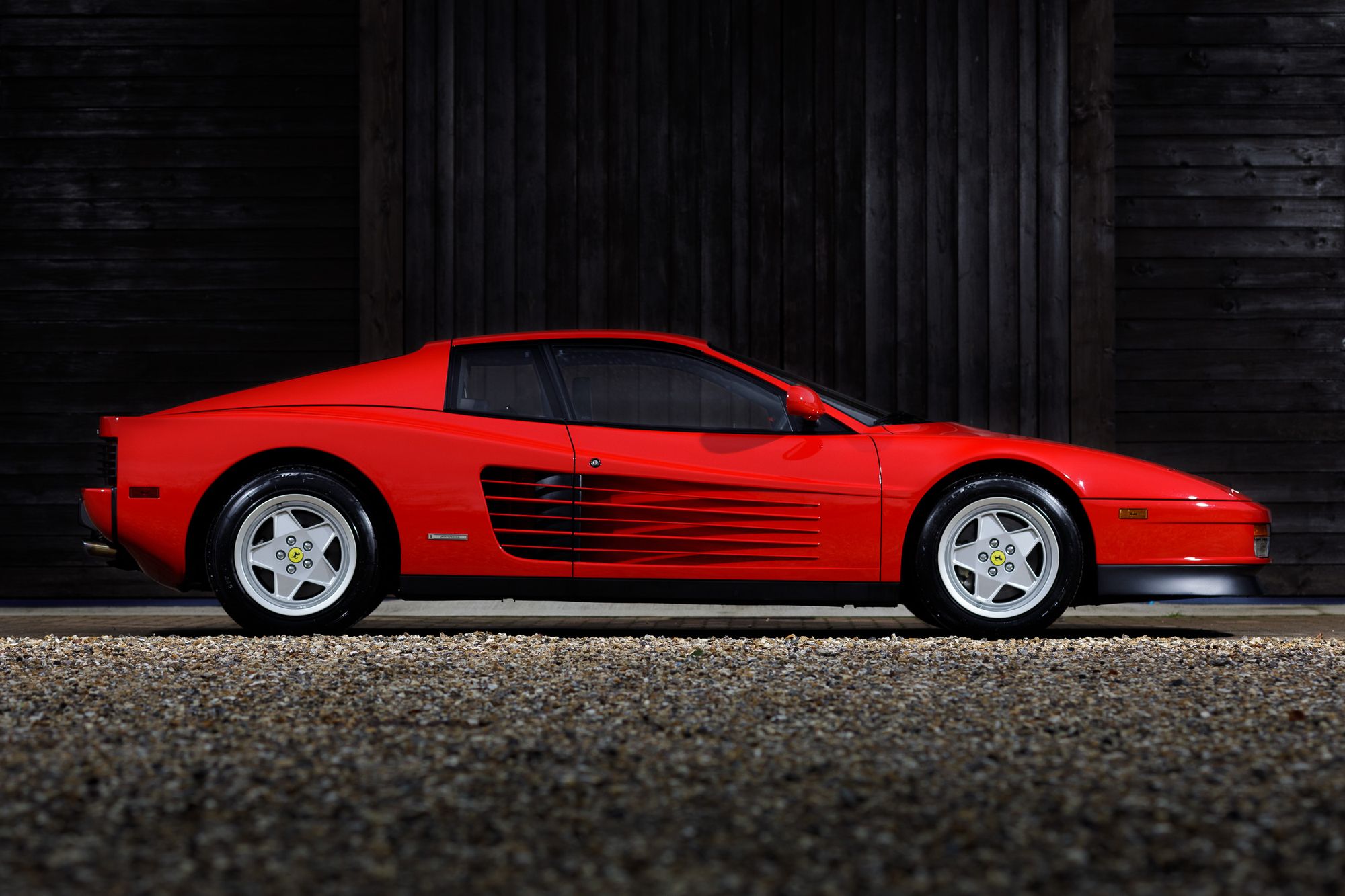 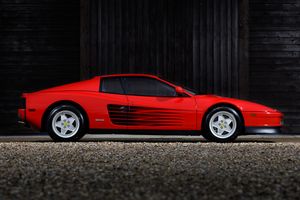 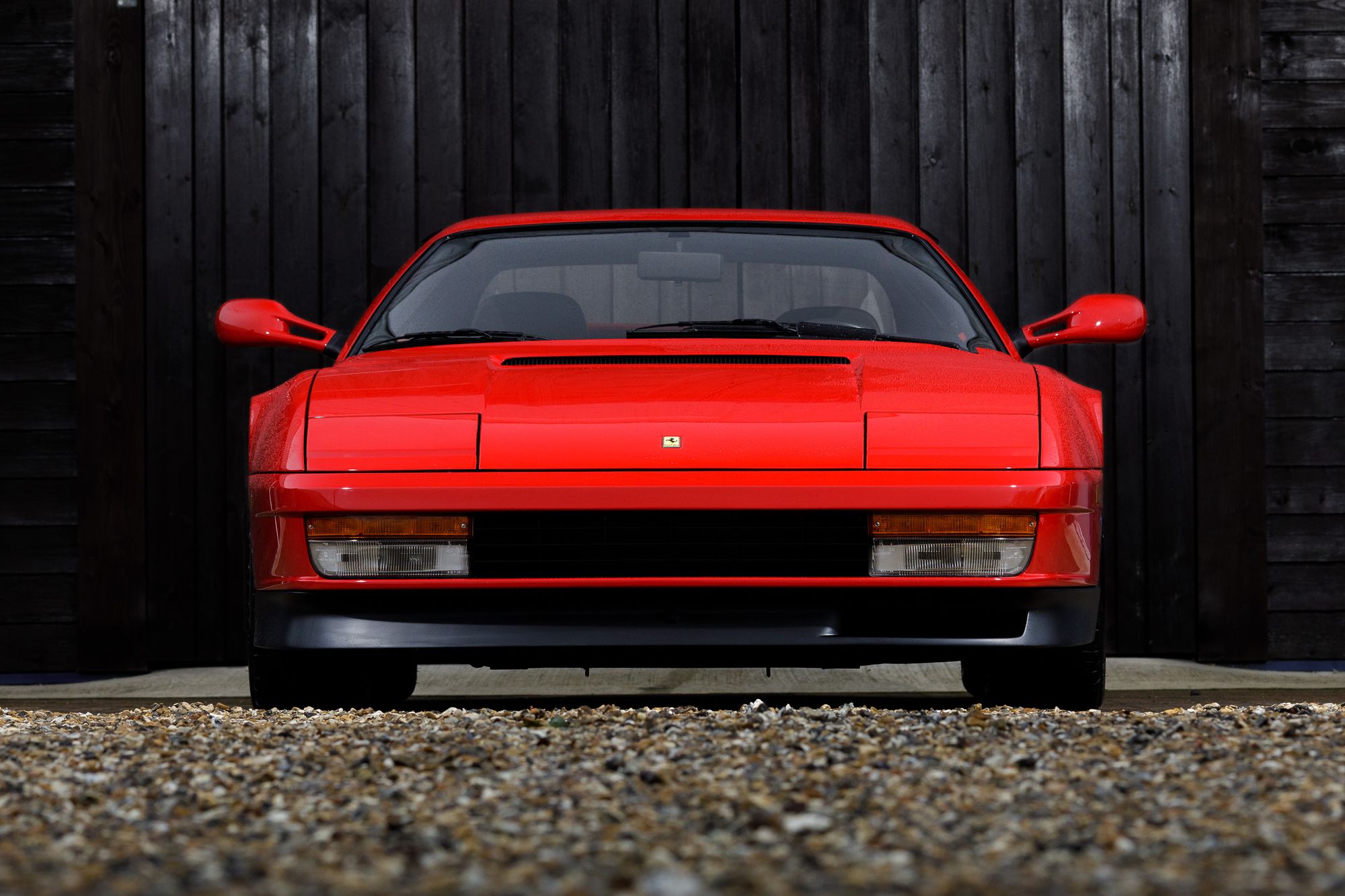 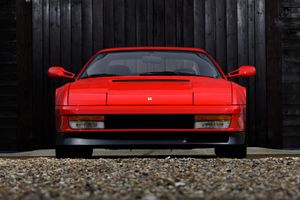 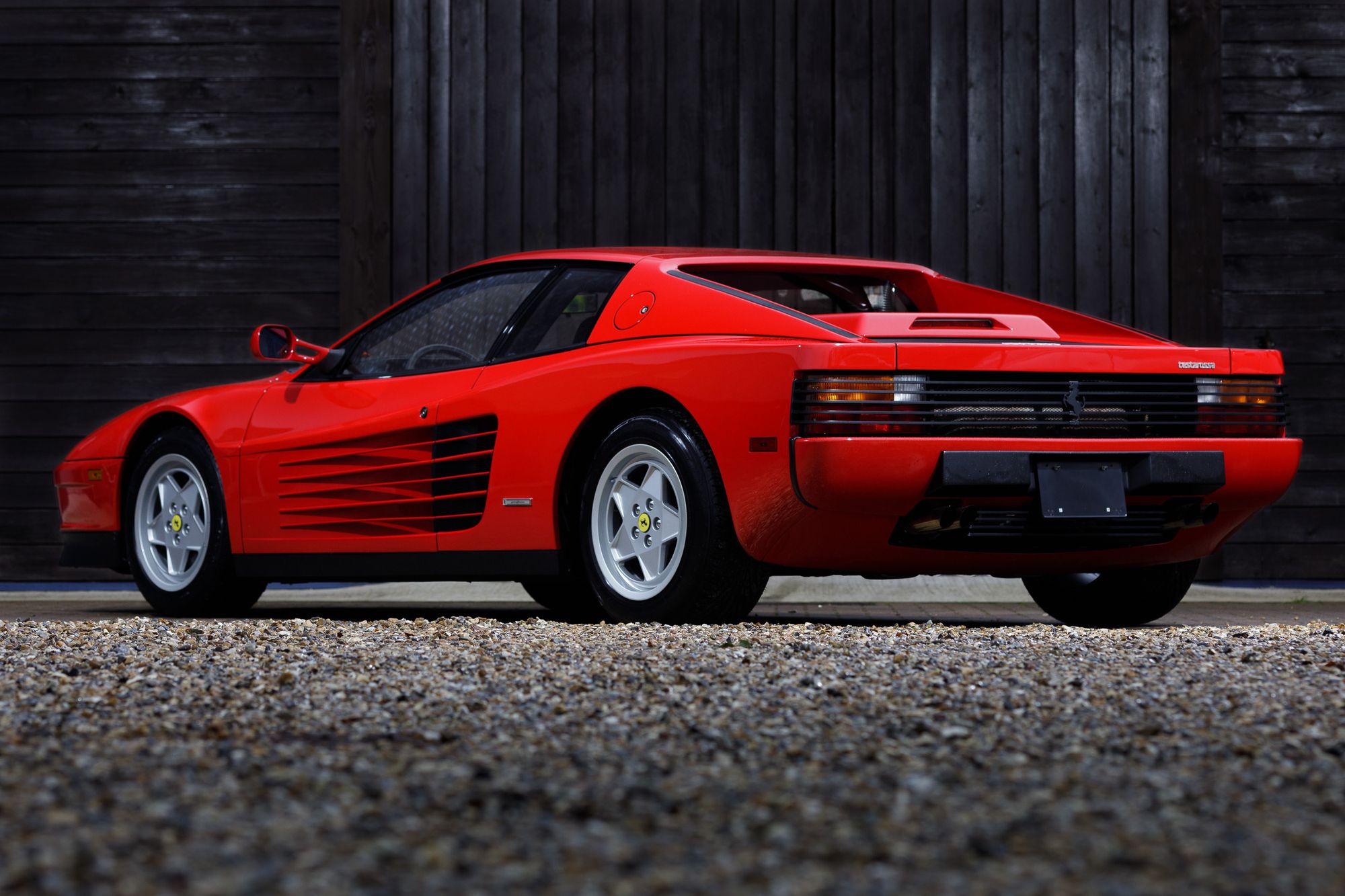 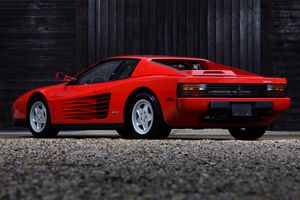 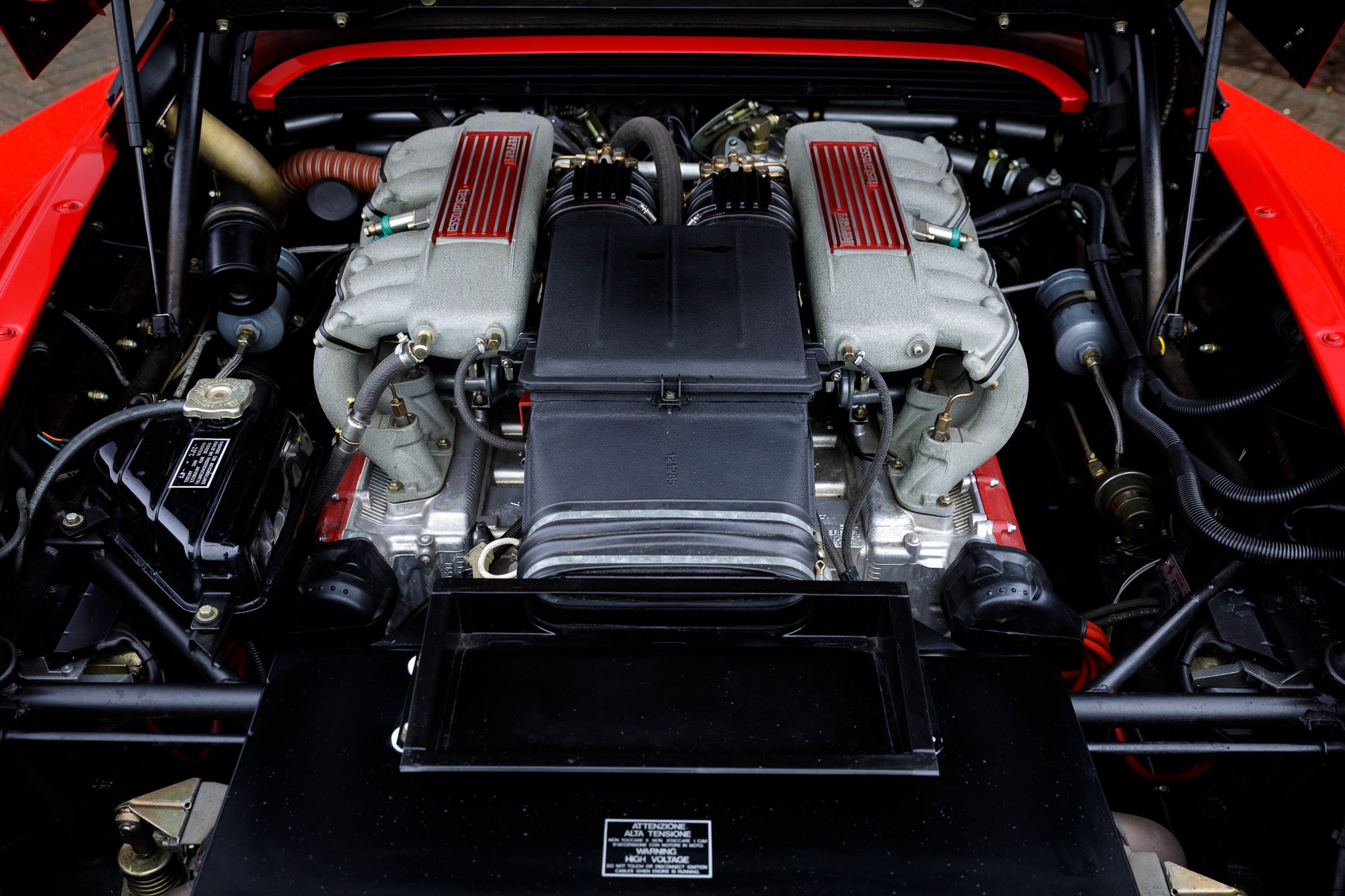 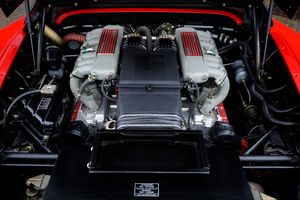 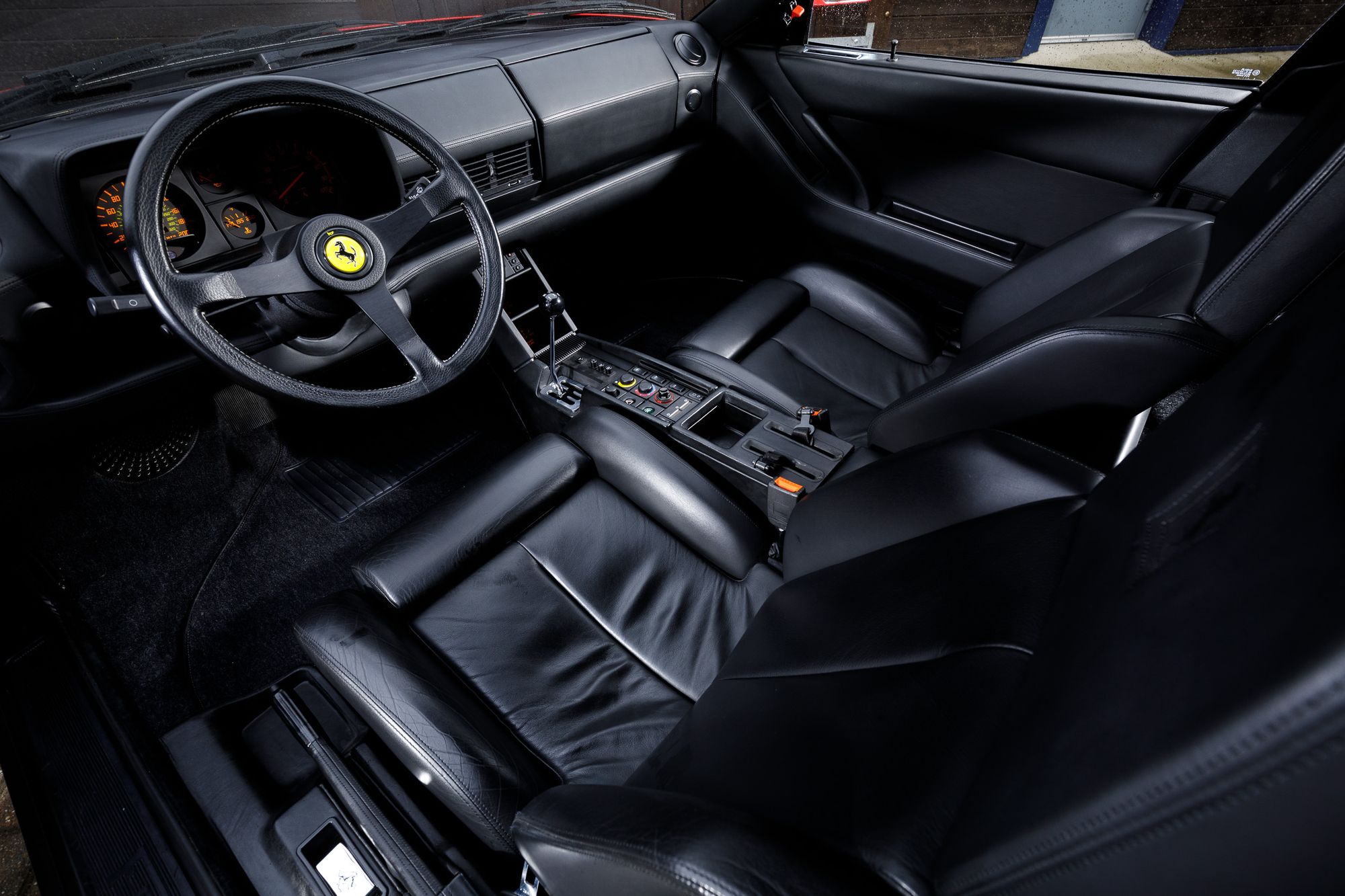 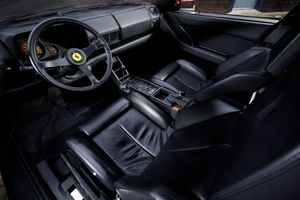 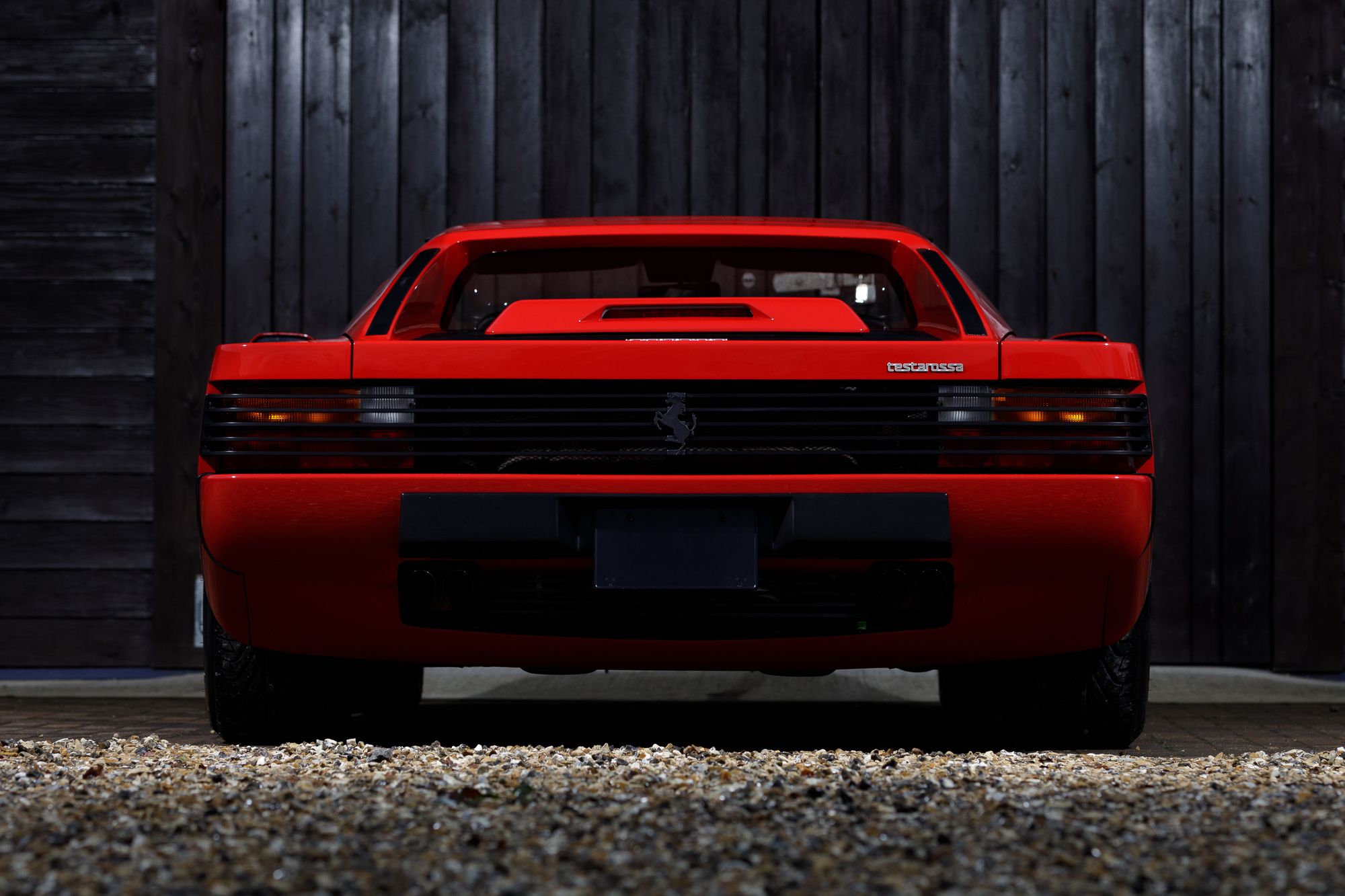 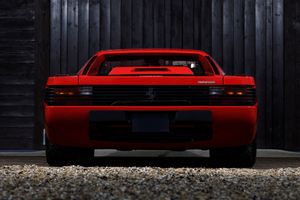 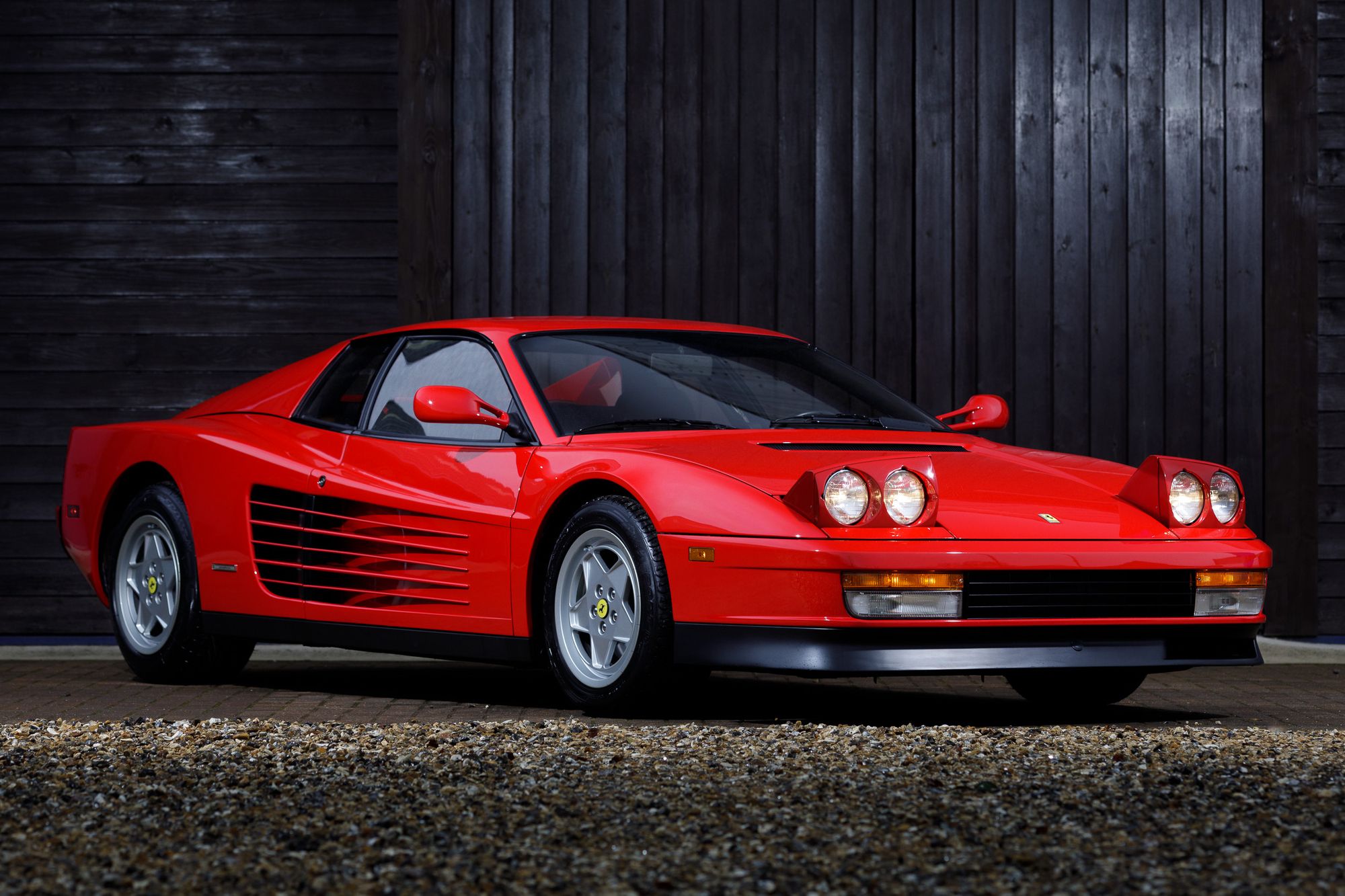 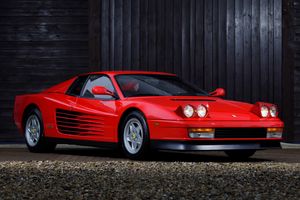 Truly an emblem of the 80’s. Launched in October 1984 at the famous Lido club in Paris, probably to the strains of Van Helen’s ‘Jump’ and Prince’s ‘Lets go crazy’ the Testarossa was a proud and loud statement of the time and utterly at home in Miami or London.

Introduced as a replacement for the Berlinetta Boxer with a lifespan of over 12 years and three distinct generations it sold very well, especially in the States. With a re-worked, cleaner yet more powerful motor this was a proper 180 mph attainable super car.

Still visually arresting even today, it was a knockout then, the design of which was of course overseen by the master at Pininfarina, Leonardo Fioravanti. Deep straked vents in the doors drew the air into the flared out rear wings that now housed the radiators allowing better cooling for both engine and cabin. It also meant that up front there was reasonable luggage space even with a space saver spare wheel fitted.

Supplied new in October 1990, this truly outstanding example was bought new by William Avery Jr, of Gwynedd Valley, Pennsylvania. Avery owned the car until 2012 with servicing carried out by Ferrari of Philadelphia at regular intervals. During his ownership his total mileage was 850 miles!

When the present UK based owner bought the car in 2013 and it joined an incredible collection and was frequently admired but he hasn’t made the odometer work too hard and it now stands at just 864 miles. It has just been fully serviced by Ferrari specialist Bob Houghton with cam belts replaced and a new set of tyres fitted, (though the original Goodyears are included as well!) It doesn’t just look like a new car but feels like one too. Immaculate throughout, its really a delight to encounter one that’s both so original and that’s been correctly maintained.