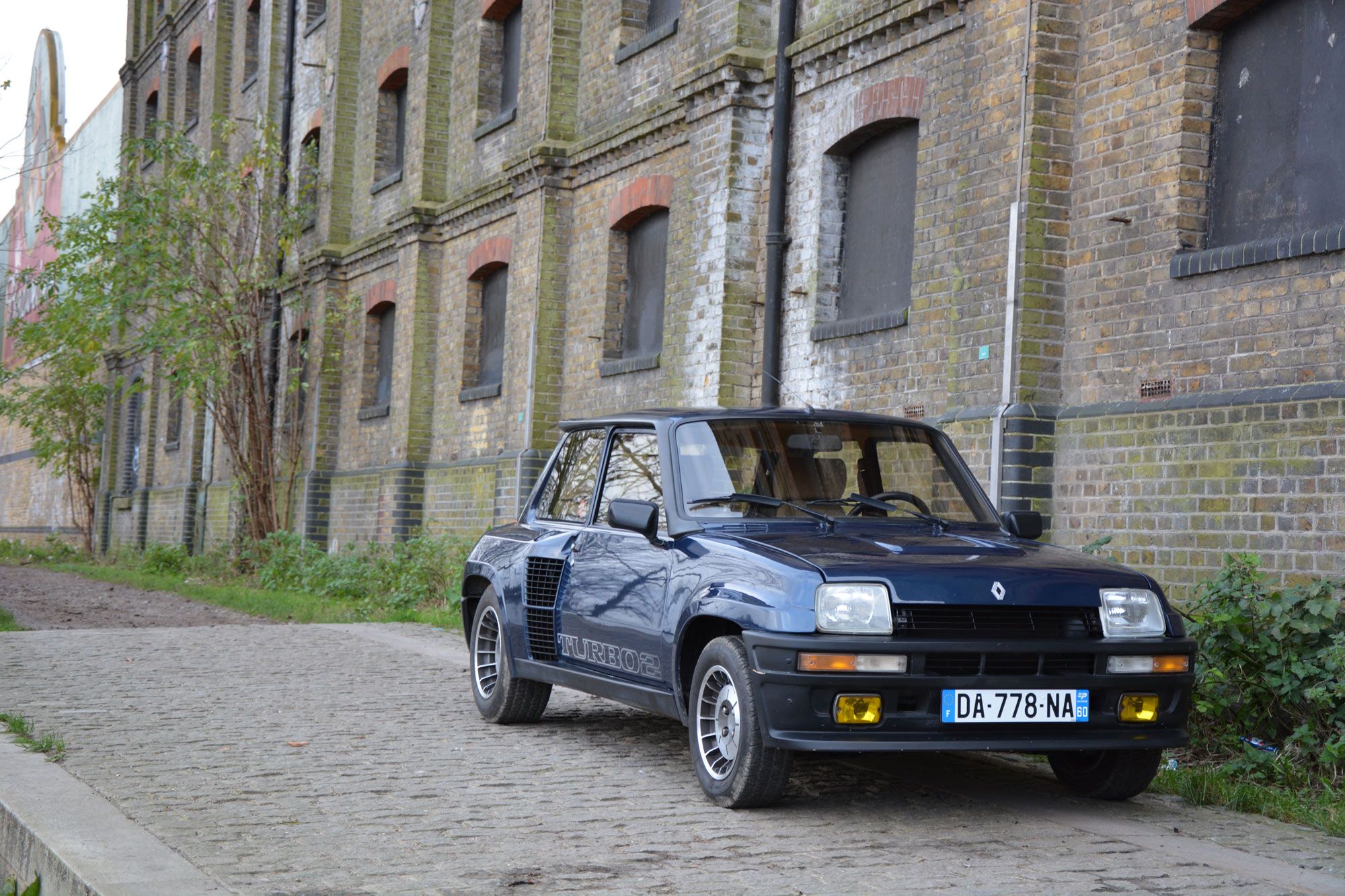 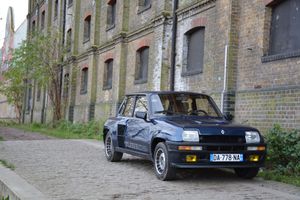 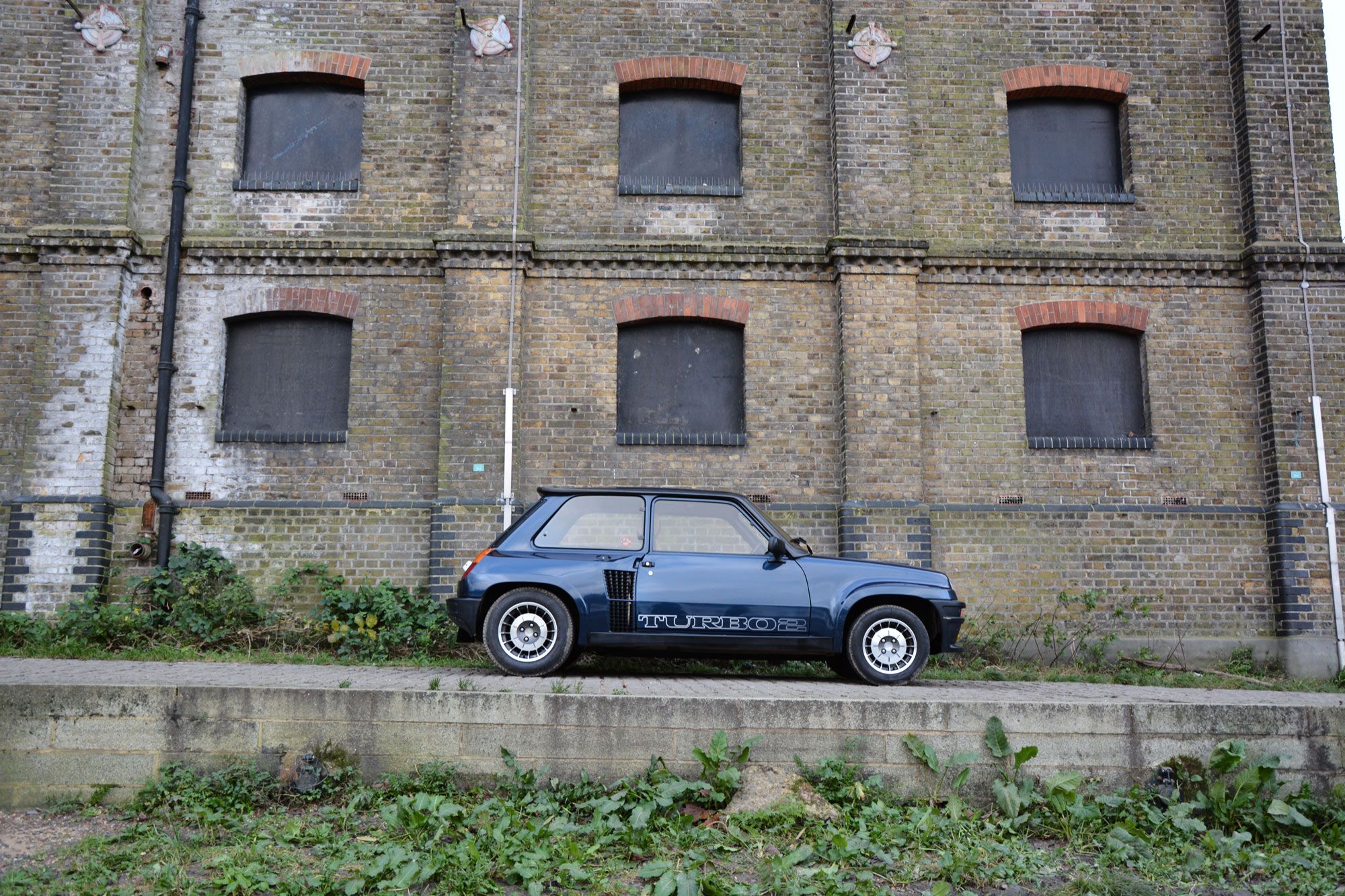 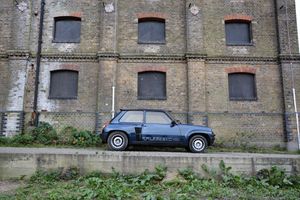 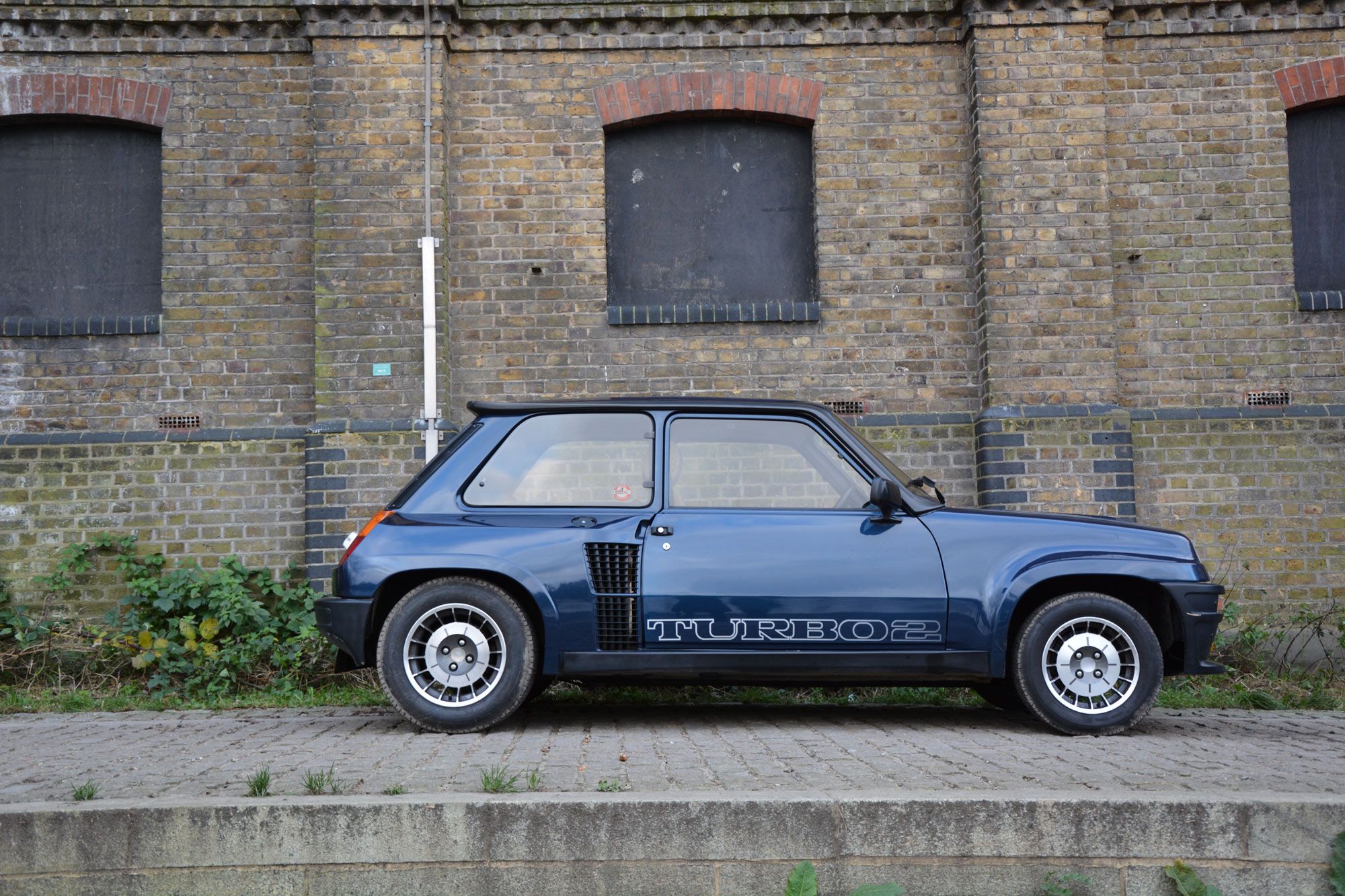 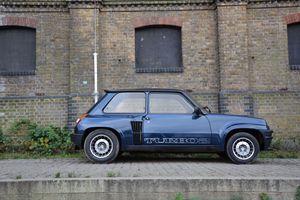 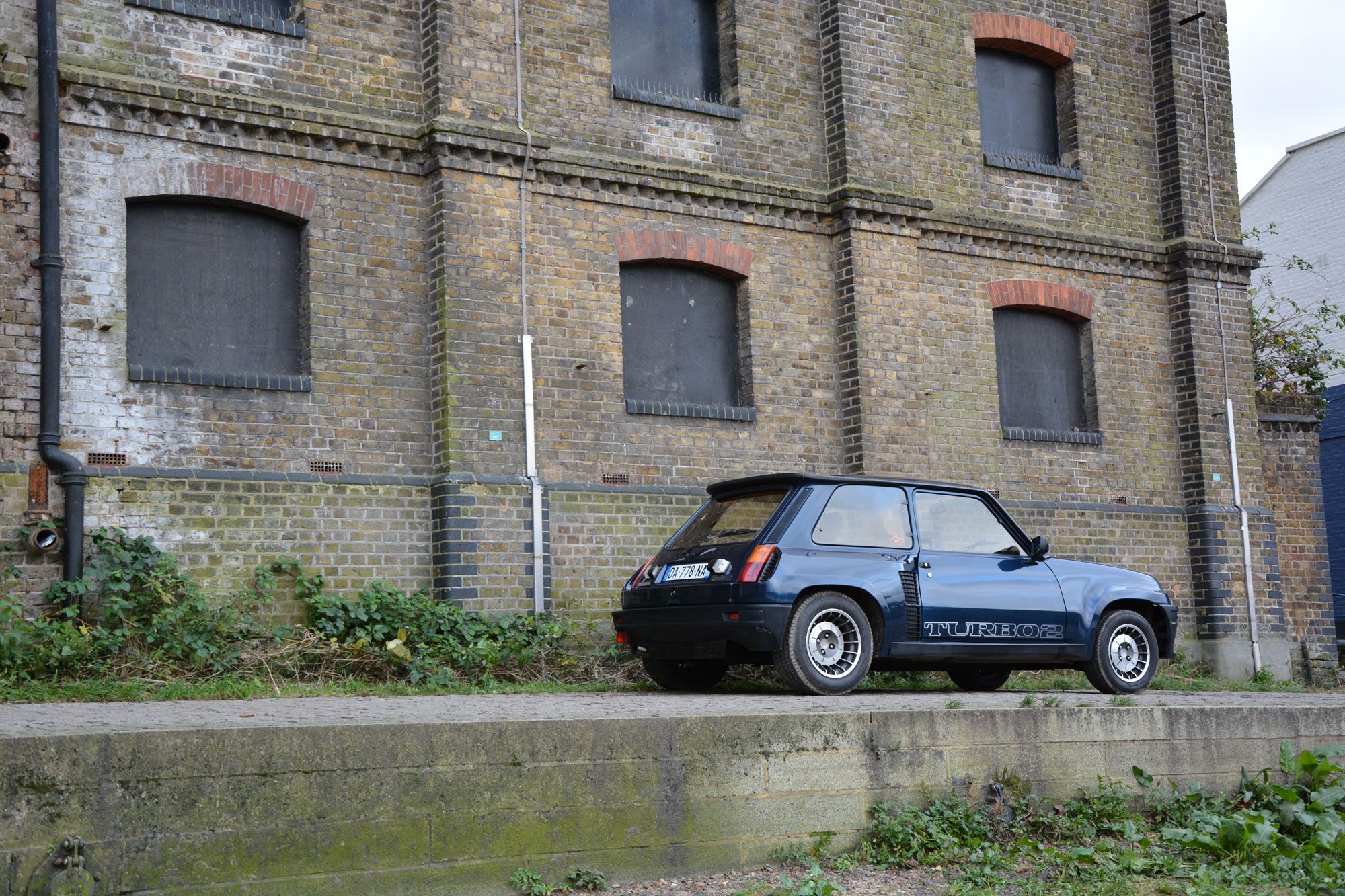 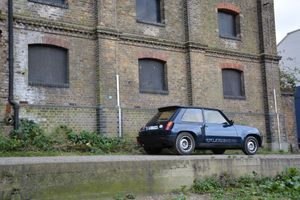 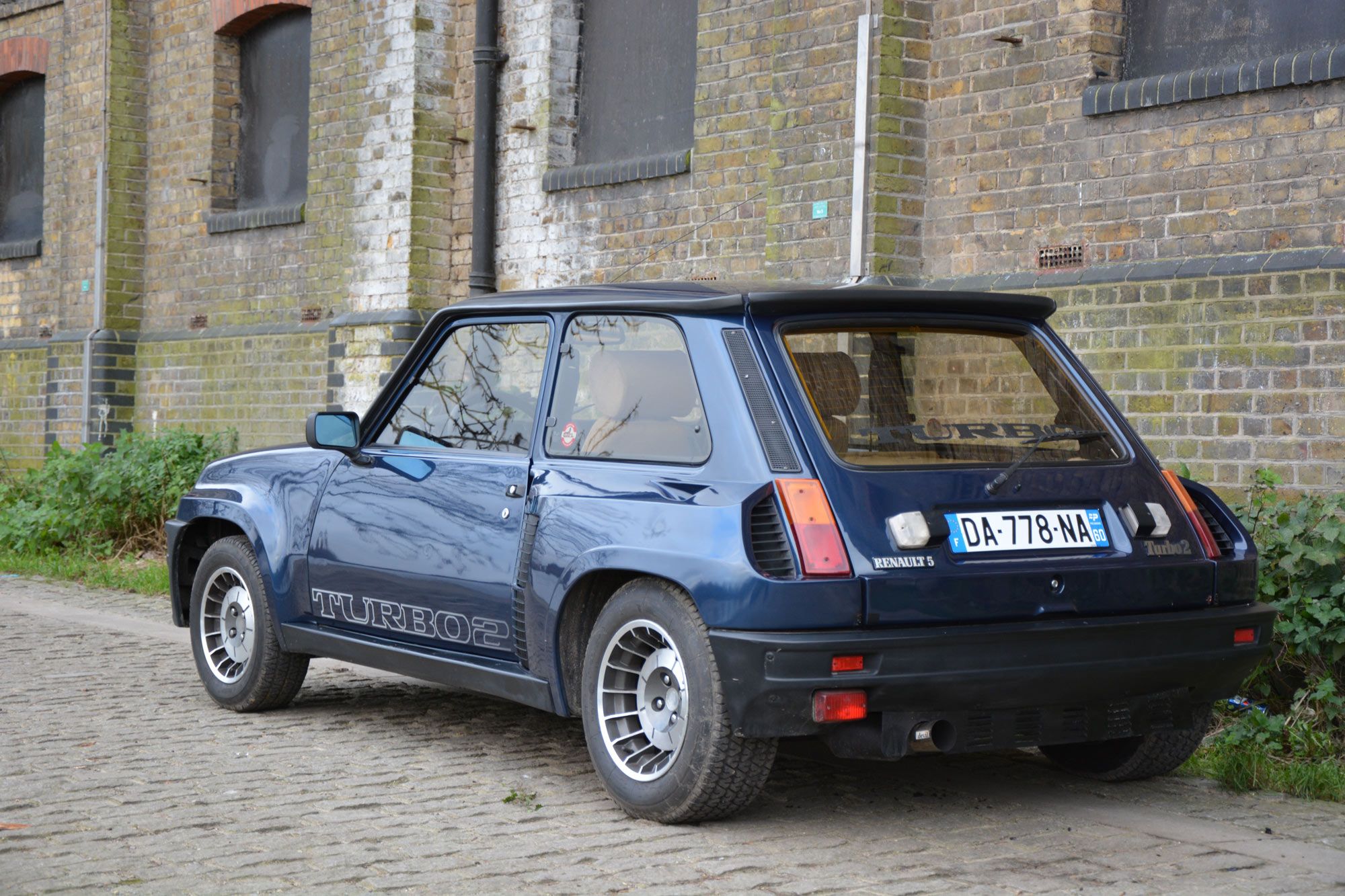 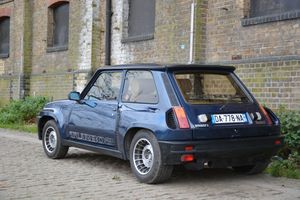 Although the Turbo is as far removed from a standard Renault 5 as a house cat is from a tiger, the homologation rules required a certain number to be built initially in order for Renault to compete in the Group 4 category of international rallying.

Created in response to Lancia’s success with the mid-engined Stratos Renault commissioned Bertone to design a new sports version. The genius of Marcello Gandini, whose back catalogue includes Lamborghini's Countach and Miura to name a few styled the distinctive new rear bodywork.

Whilst the standard 5 has a front mounted engine, the Turbo has a mid-mounted motor in a modified chassis. In standard form the 1397 cc unit produced around 160 bhp or more interestingly 115 bhp per litre and 165 bhp per ton. The power was of course transmitted to the rear rather than the front wheels. Impressively, a Turbo 1 piloted by Jean Ragnotti, won the Monte Carlo Rally on its first outing in the World Rally Championship. However, the 2WD R5 turbo soon faced the competition of new Group B four-wheel drive cars that proved faster on dirt. Once the homologation models were produced a second series, known as Turbo 2 was produced to keep up the demand with similar levels of performance.

This car was registered in June 1984 and is showing some 43,000 kms. It has recently been the subject of an extensive service by the marque experts John Price Rallying. Fortunately, it has not been over restored so any opportunity to let it off the leash can be fulfilled with total commitment. The engine and gearbox are in very good order and the tidy interior and dashboard fascia take you back to a much less complicated era!

One of the seminal ‘hot-hatches’, the Turbo is just pure, unadulterated fun whose appreciation can only increase. It should also be noted that this is the actual car that will represent the model in a special forthcoming book on the work of Gandini.

It comes complete with a current, fresh MOT and a file with previous bills and correspondence.