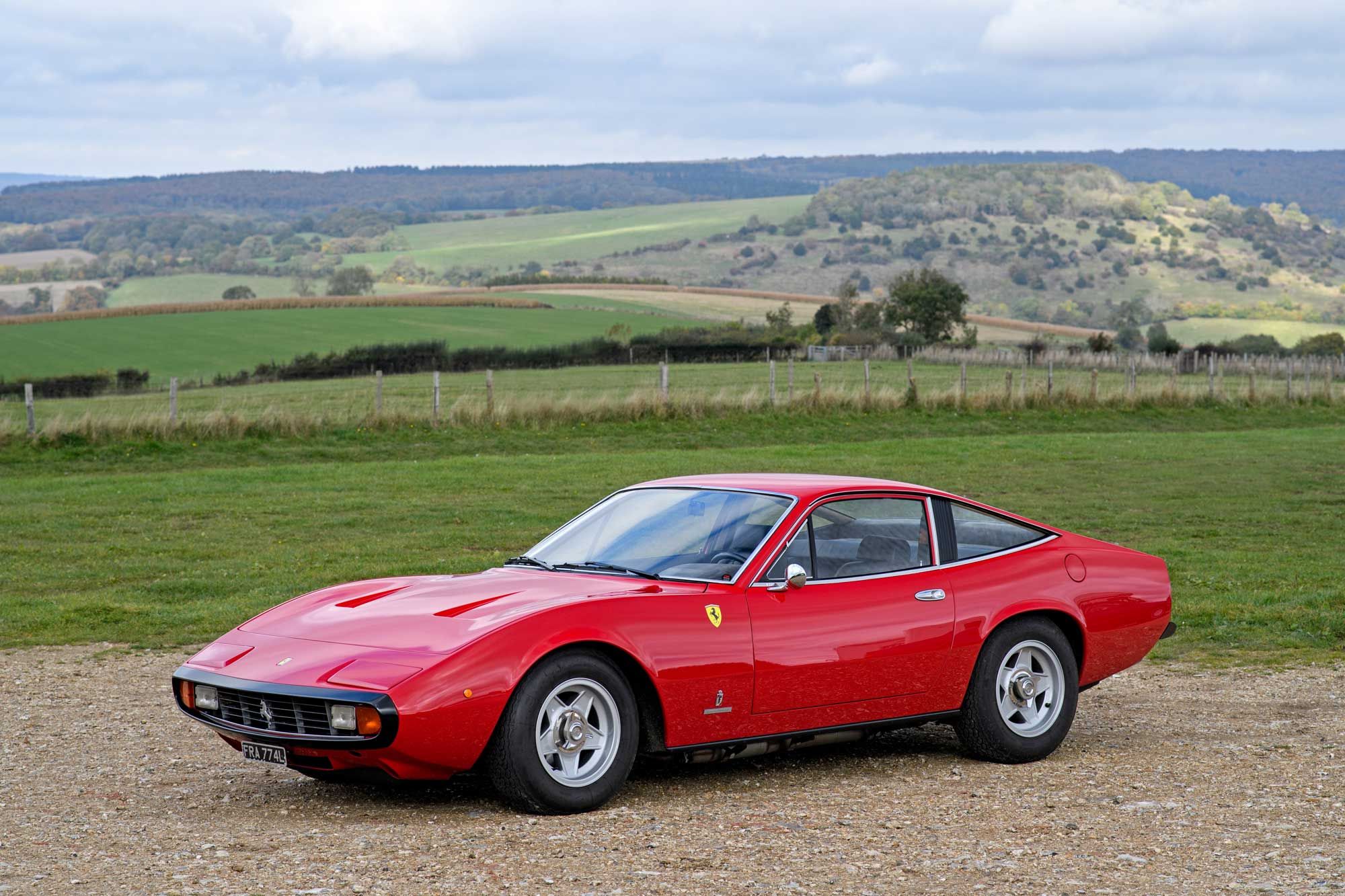 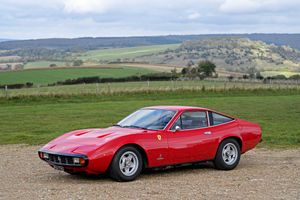 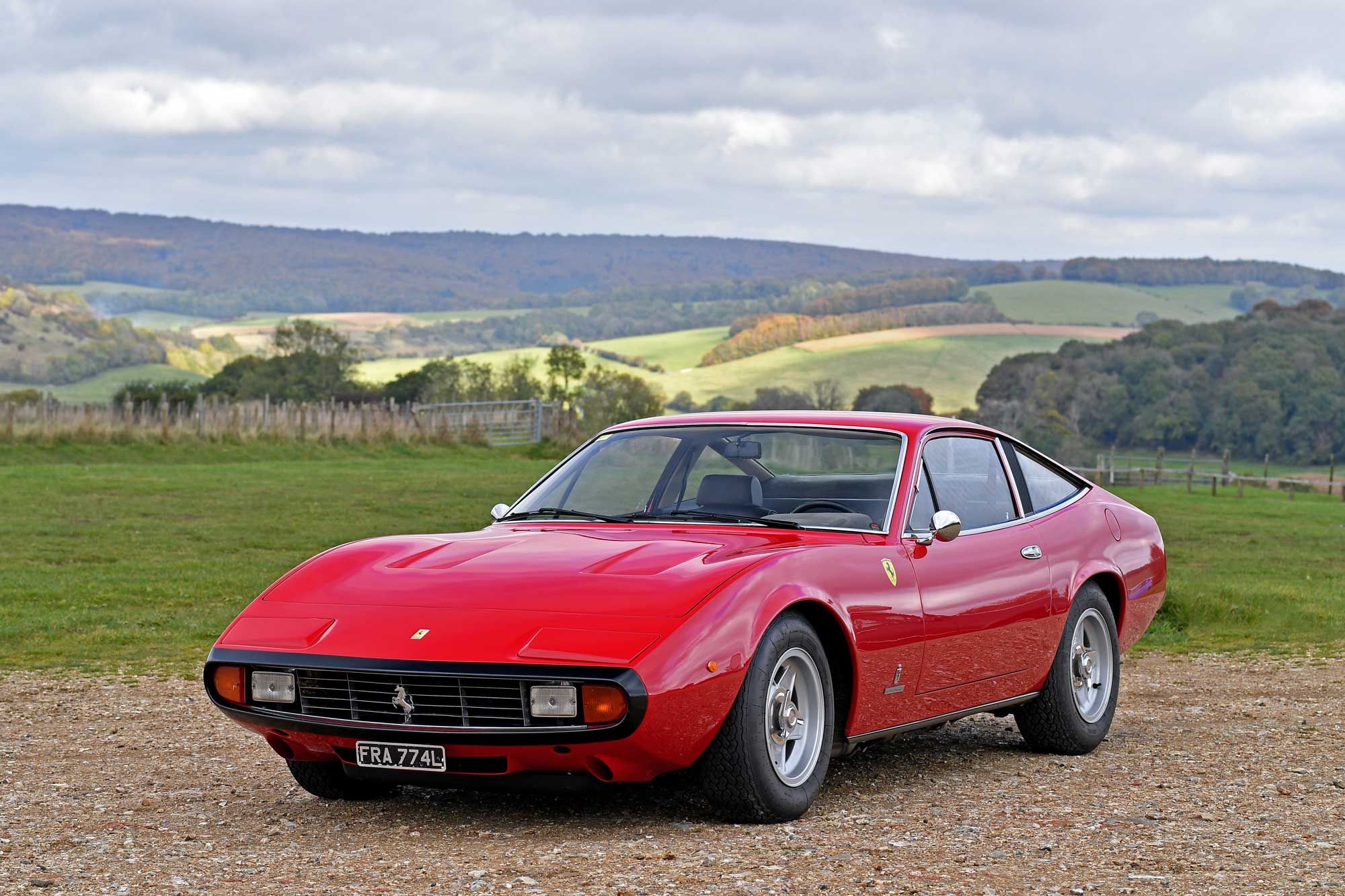 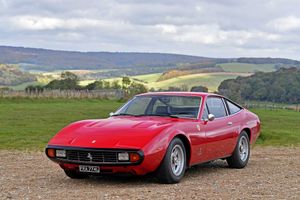 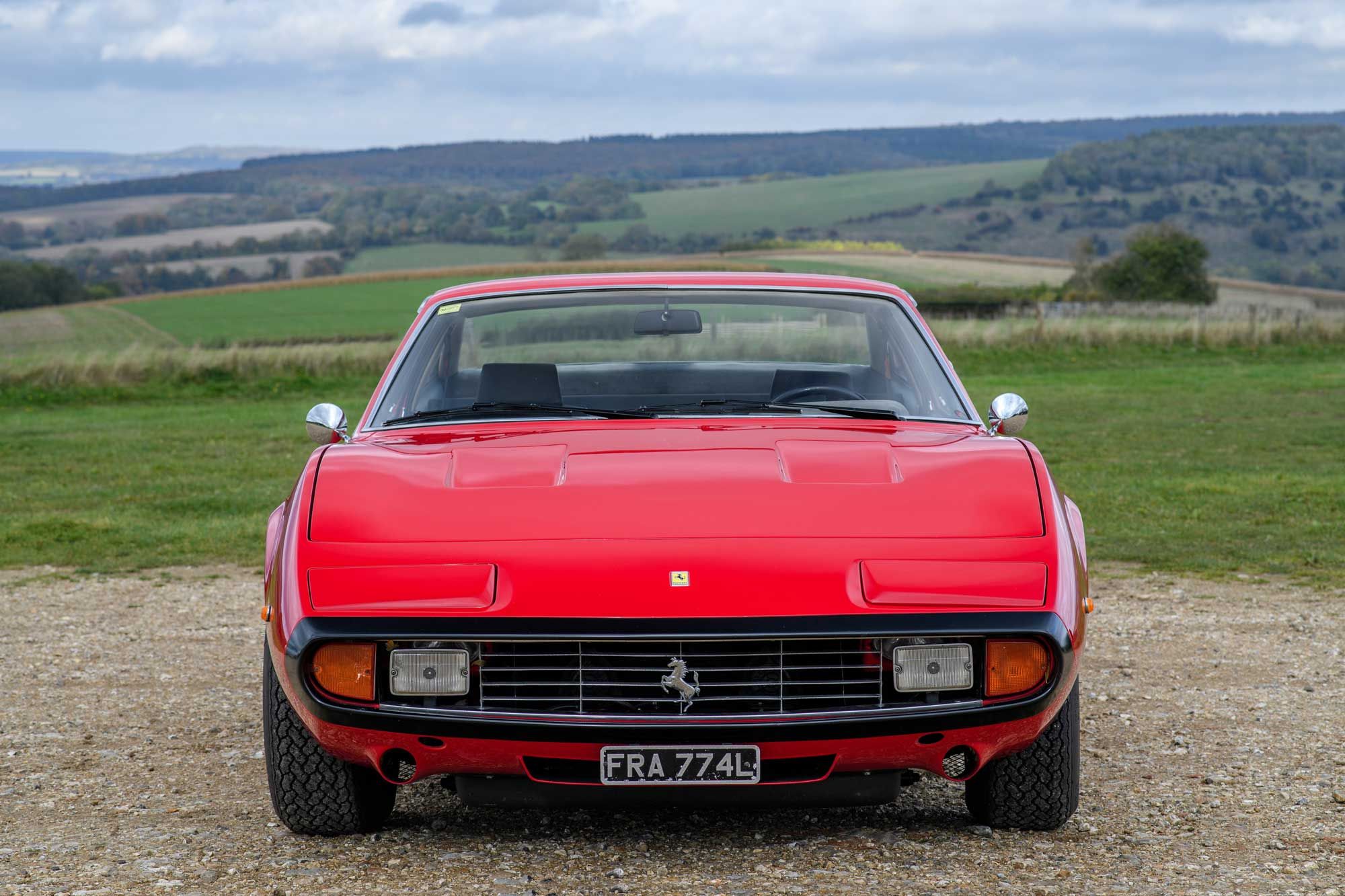 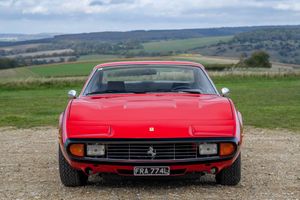 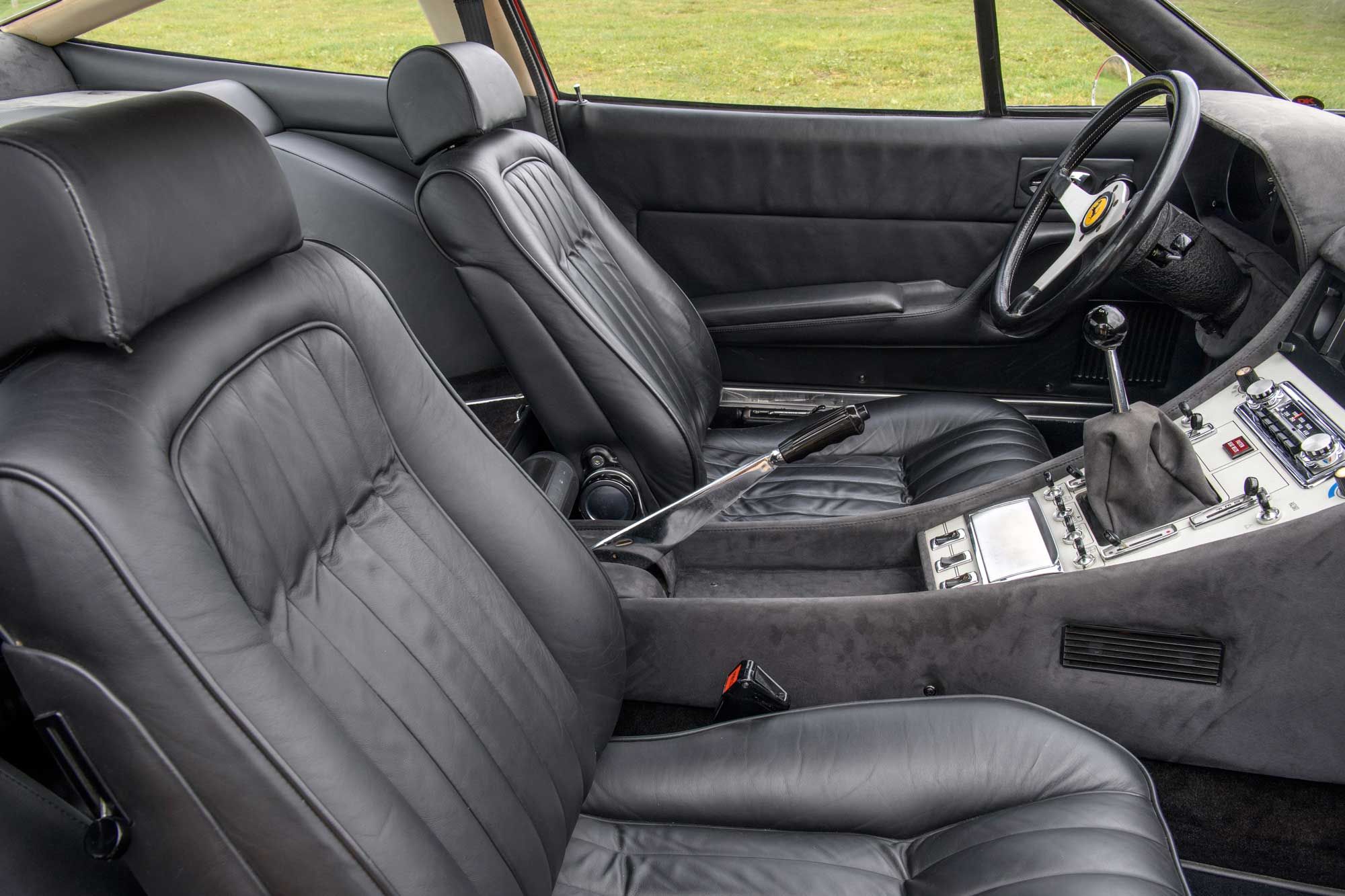 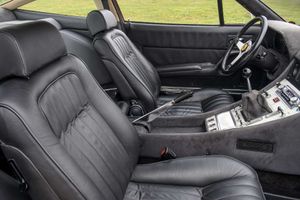 Understated elegance is probably the best way to describe the 365 GTC/4. Produced for only a couple of years from March 1971 it is often mistakenly compared to the 365 GTB/4 Daytona. With an all new Pininfarina designed body a dominant, graceful curve swooped up from a low frontal air intake and up over the front wheels with a long arc to the rear window and roof line. Somewhat ahead of its time was the lack of chromed bumpers which gave a more subtle feel.

The engine, which although shared the basic dimensions of the 365 series sported a brand new carburettor system of six twin choke, side draft Webers which lowered the overall height of the bonnet to allow for the more pronounced curve. In typical Ferrari style various different output figures are quoted. Safe to say that there is more than enough of whatever horse one is measuring! Closer in natural succession to the 330 and 365 GTC than the Daytona, the GTC/4 was an eminently usable and civilised machine. Good build quality from Pininfarina, an occasional pair of rear seats which could equally be used as additional luggage space, power assisted steering and also very comfortable with good visibility!

Chassis 15191 was originally supplied new to the States staying over there until it was sold to the previous owner via UK Ferrari specialists in July 1988. The purchaser Robert Deeming was posted for work overseas and naturally took his pride and joy with him to Hong Kong. The comprehensive history files documents extensive works he undertook in the early 90’s. On his return to the UK, the GTC/4 enjoyed participating in Ferrari Owners Club Concours events and always received regular maintenance from the right people. After around 25 years of continuous ownership Deeming entrusted New Zealand restorer Rod Tempero to carry out a more thorough restoration to bring it up to its current stunning level. These works carried out in 2014/15 involved an engine and gearbox rebuild, bare metal respray along with the refurbishment of the brakes, suspension and wheels. The result is highly impressive and should ensure that 15191 will continue to deliver a very enjoyable experience for another generation. Not to mention that compared to most of its 12 cylinder relatives it still represents extremely good value.