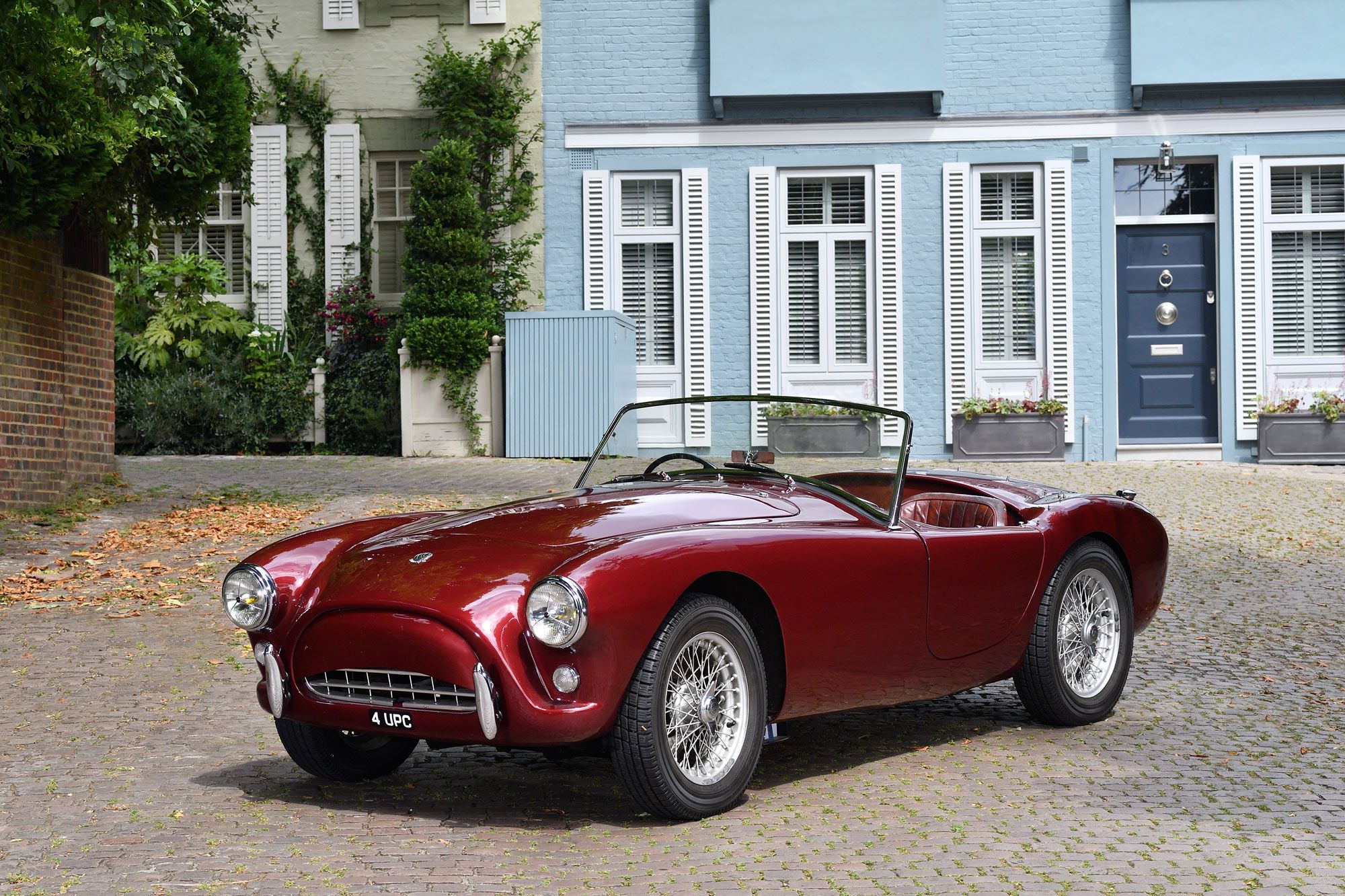 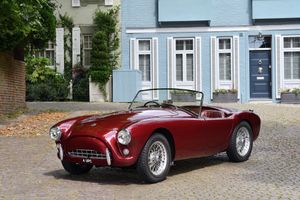 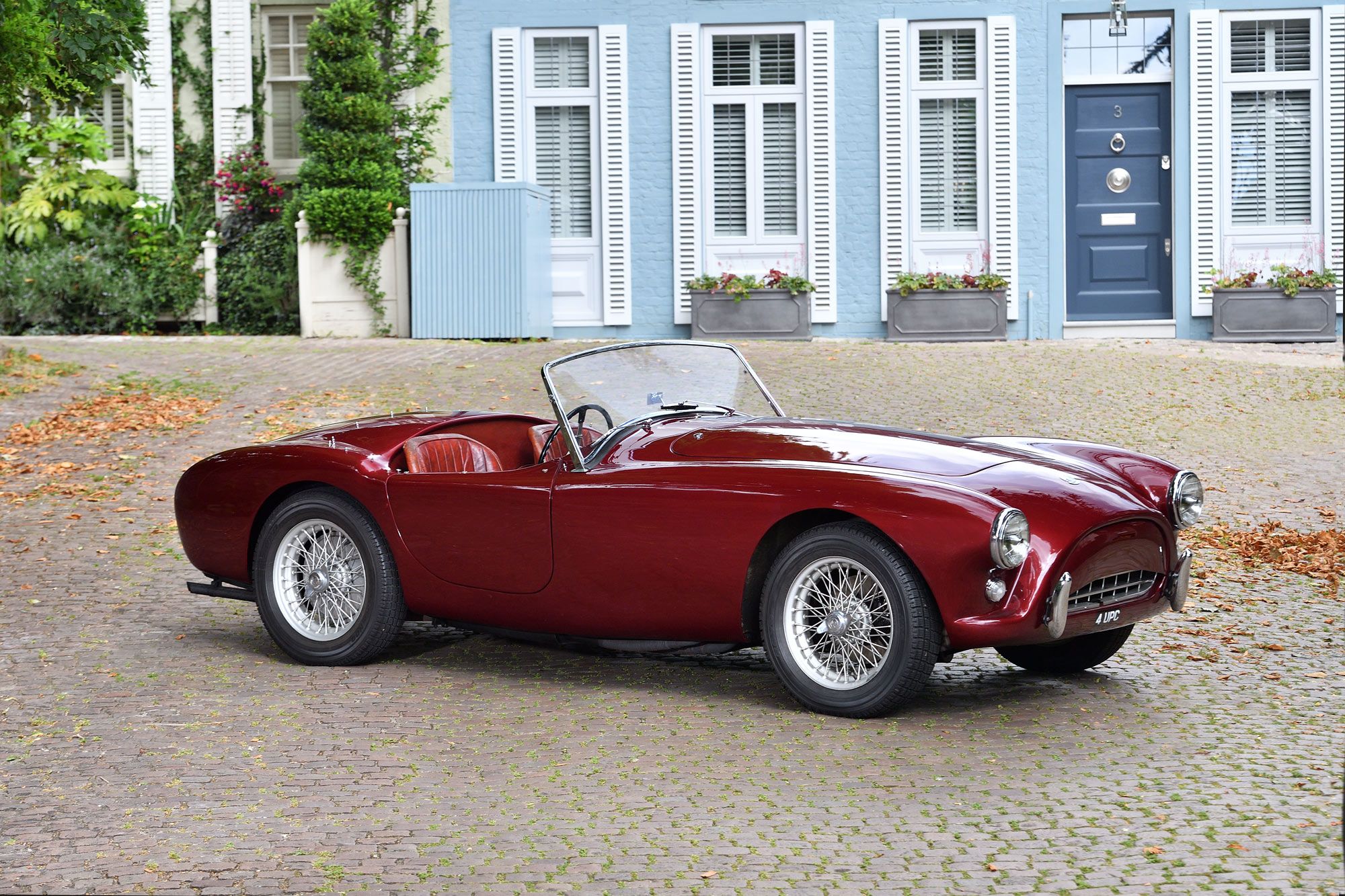 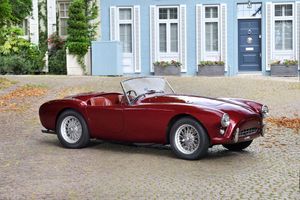 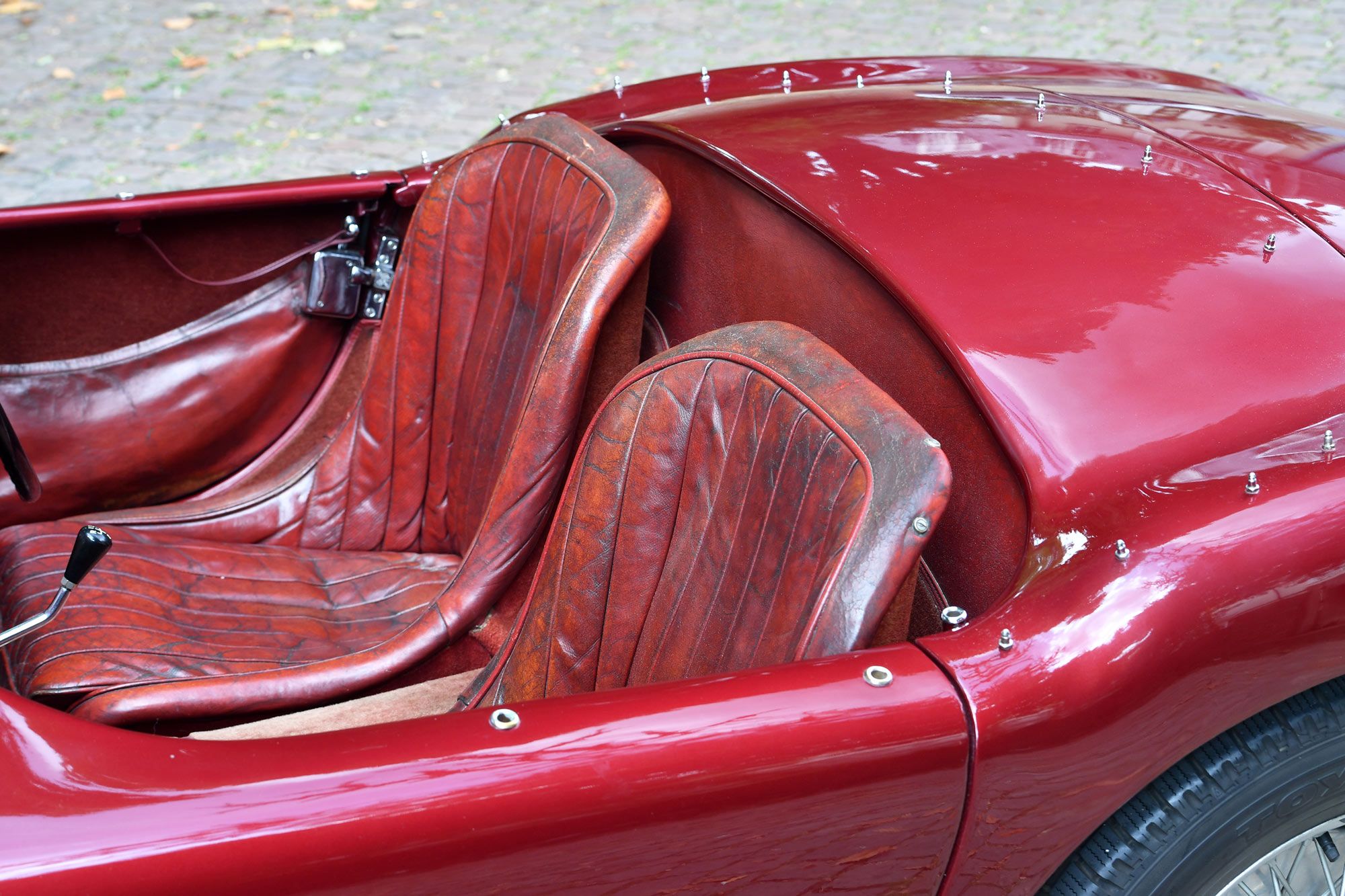 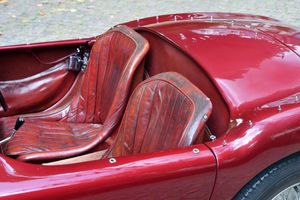 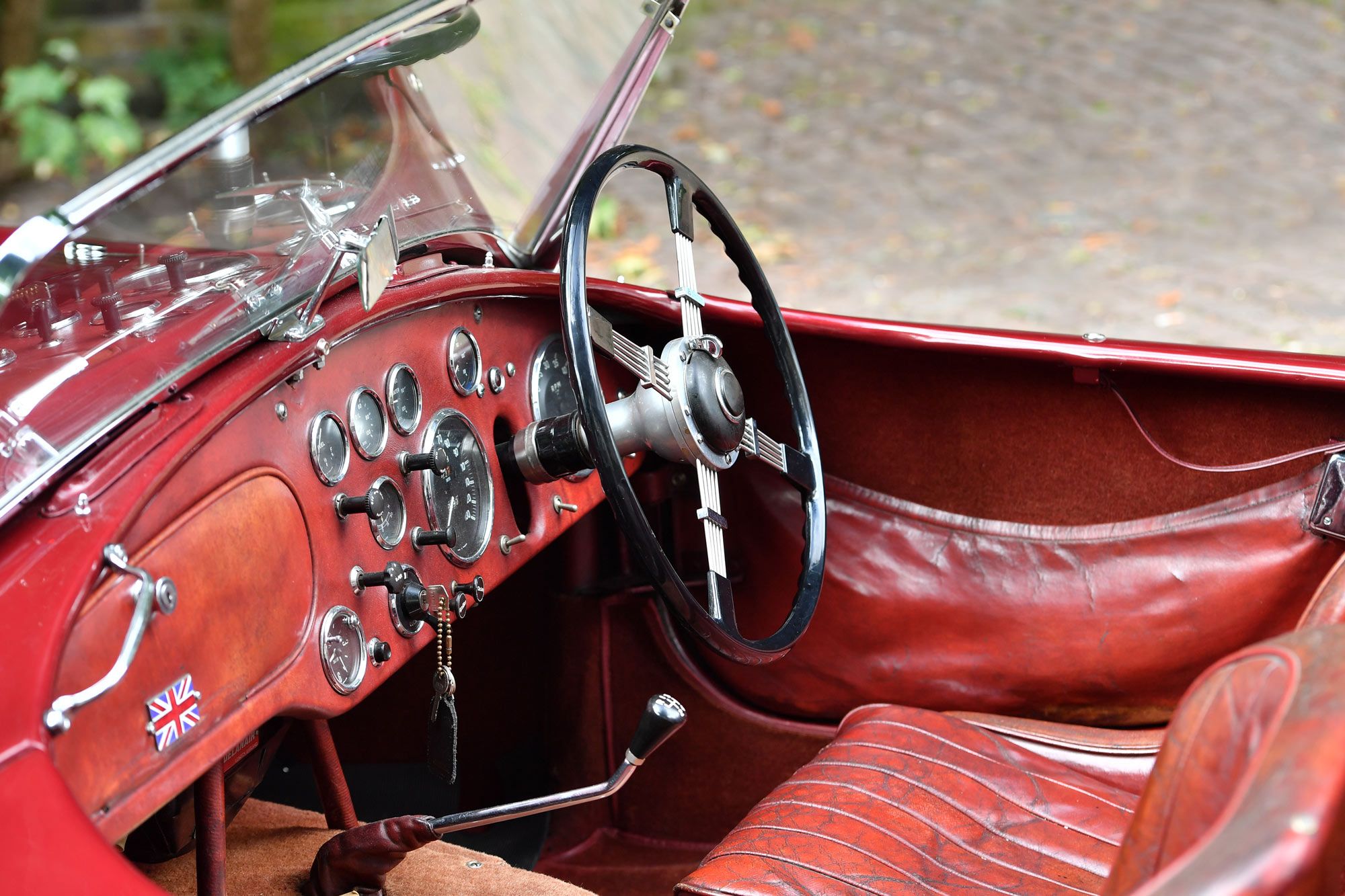 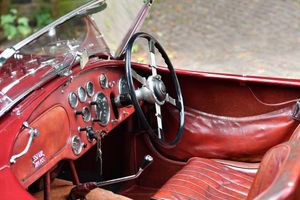 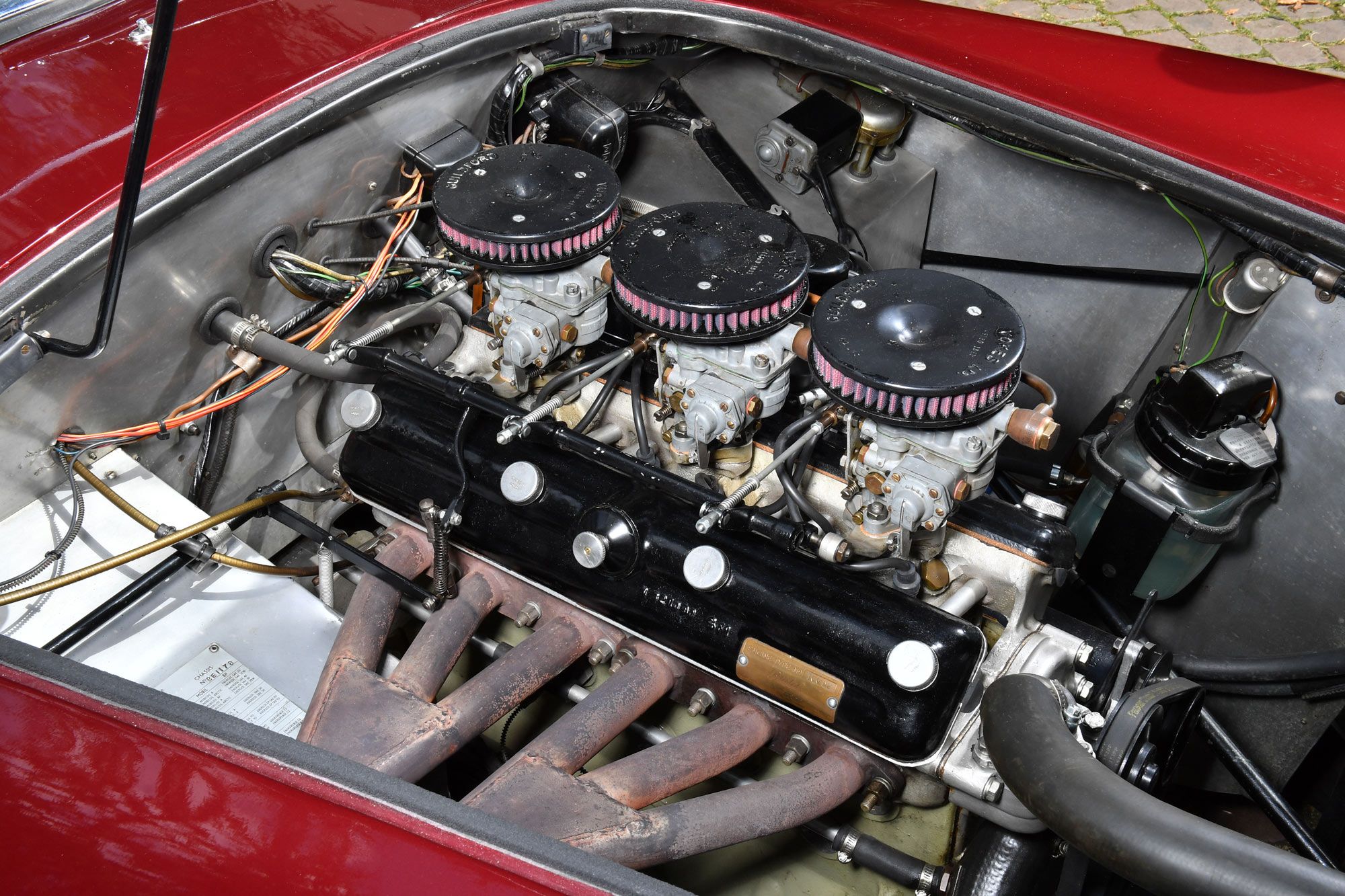 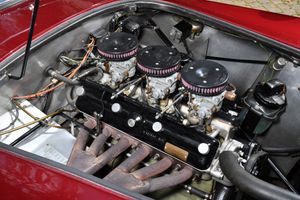 Making its debut at the 1953 Motor Show with production beginning soon after the AC was extremely well received on both road and track. Competition successes were plenty in the States in SCCA events and in Europe second in class at Le Mans 57, 58 and first in class and 7th overall in 59.

Unsurprisingly it was of course the model that Carroll Shelby based the Cobra on, such was its potential. Chassis BE 1178 was supplied in May 1956 and still retains its original six cylinder Bristol engine 100D2 1072. 4 UPC was acquired by the present owner’s family in 1969 where it has been lovingly enjoyed to the present day.

Forming part of a stable which included a very original Grand Prix Bugatti, he lavished great care and attention on this beloved pair and even kept notebooks documenting maintenance and mileage. The interior has a wonderful patina that is becoming increasingly rare to find and the bodywork is in good condition throughout. In recent years the engine has been rebuilt by marque specialists Ian Nuthall and the car drives commensurate with such long term single family ownership showing just 90,000 miles from new.

Included in the sale is the hood frame, hood and tonneau with invoices and correspondence dating back many years.

Eligible for many events, beautiful clean lines inspired by the barchetta Ferraris and in turn the inspiration for the much replicated Cobra, the Ace is the quintessential British sports car which punched way above its weight.

Truly an unrepeatable opportunity to acquire such a special example.