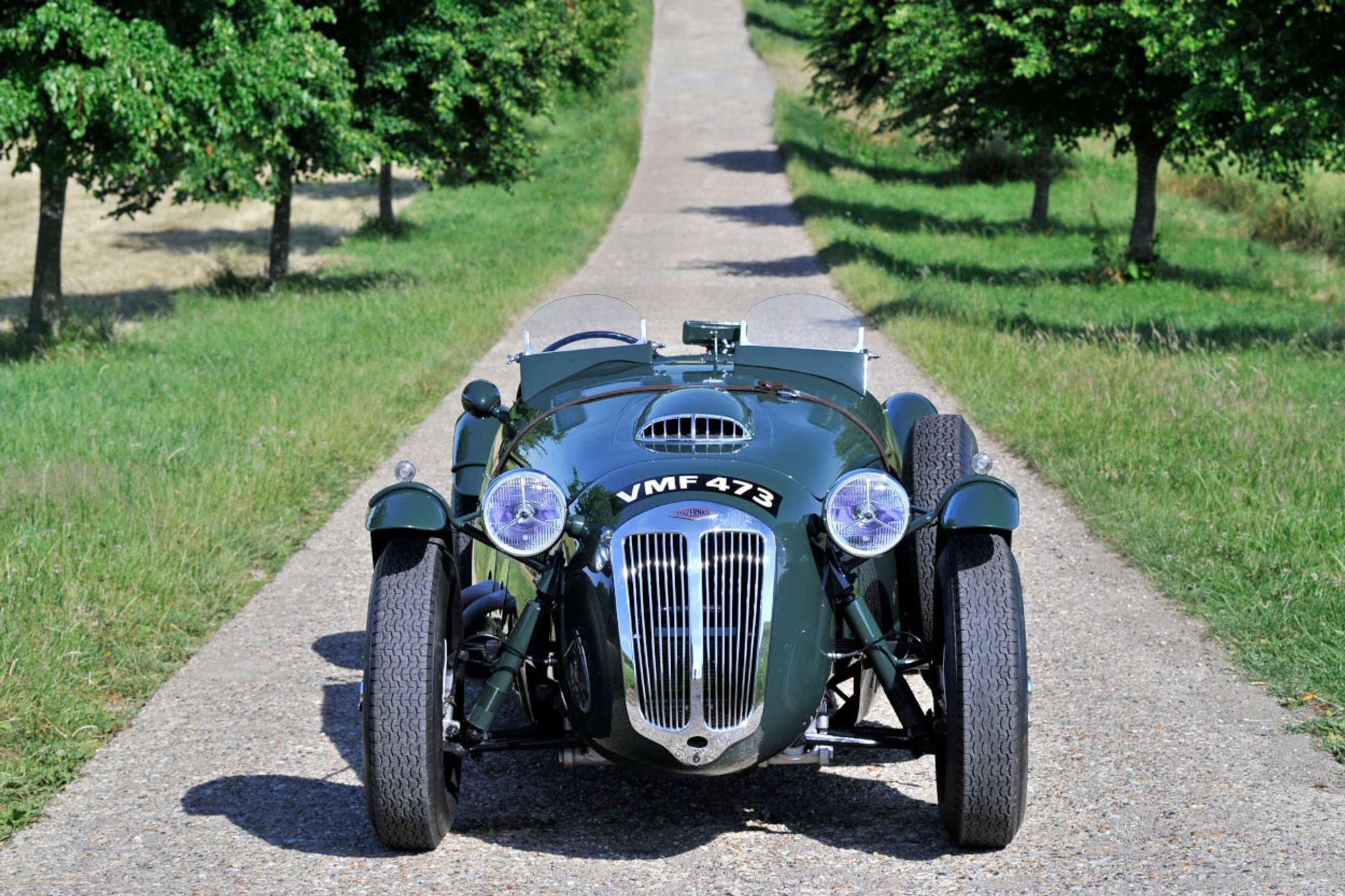 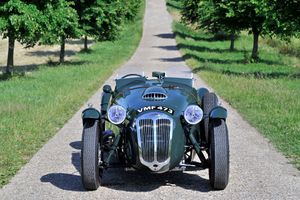 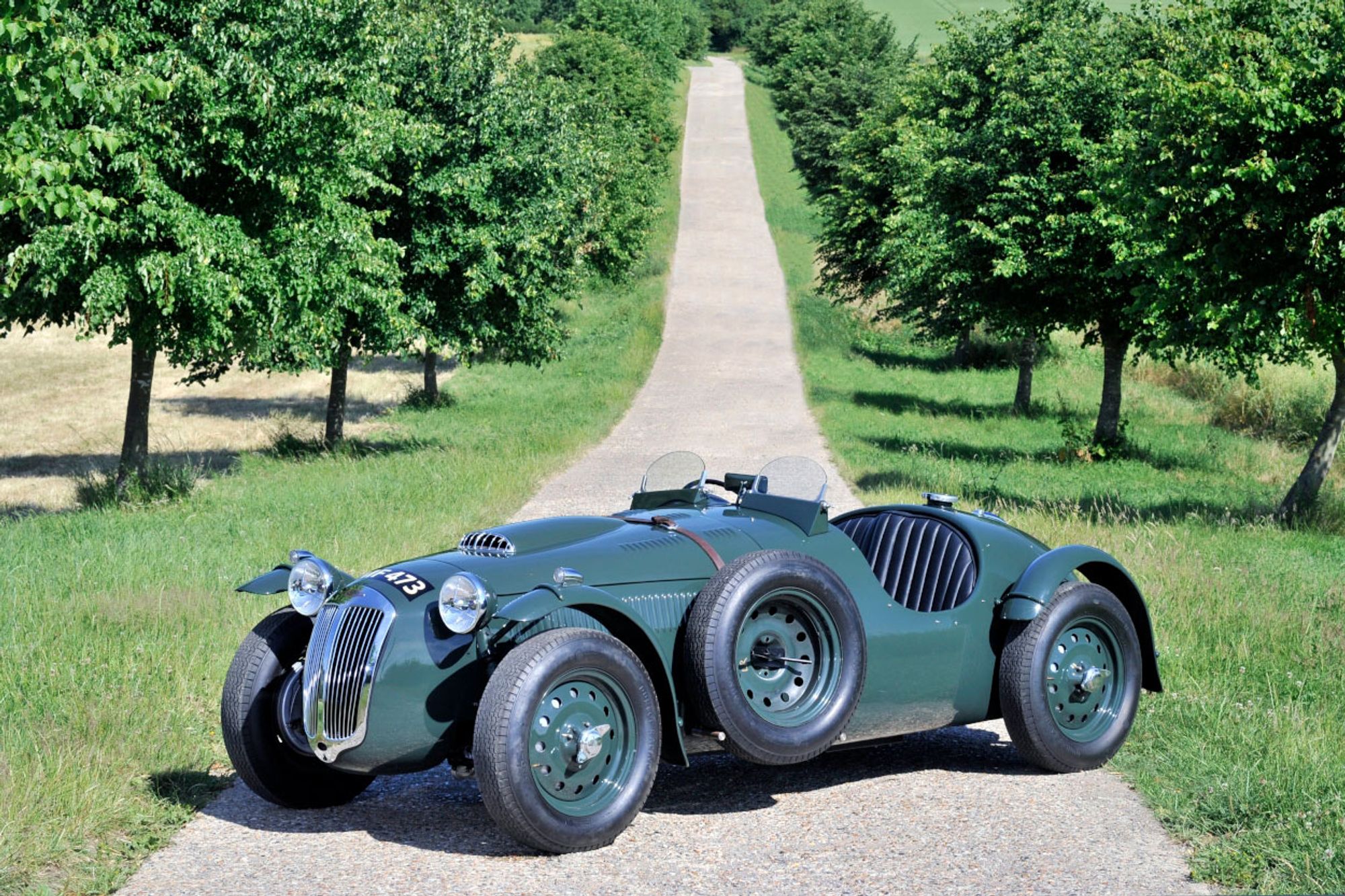 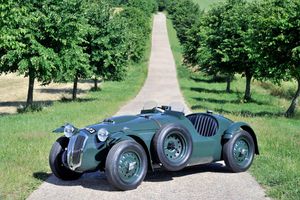 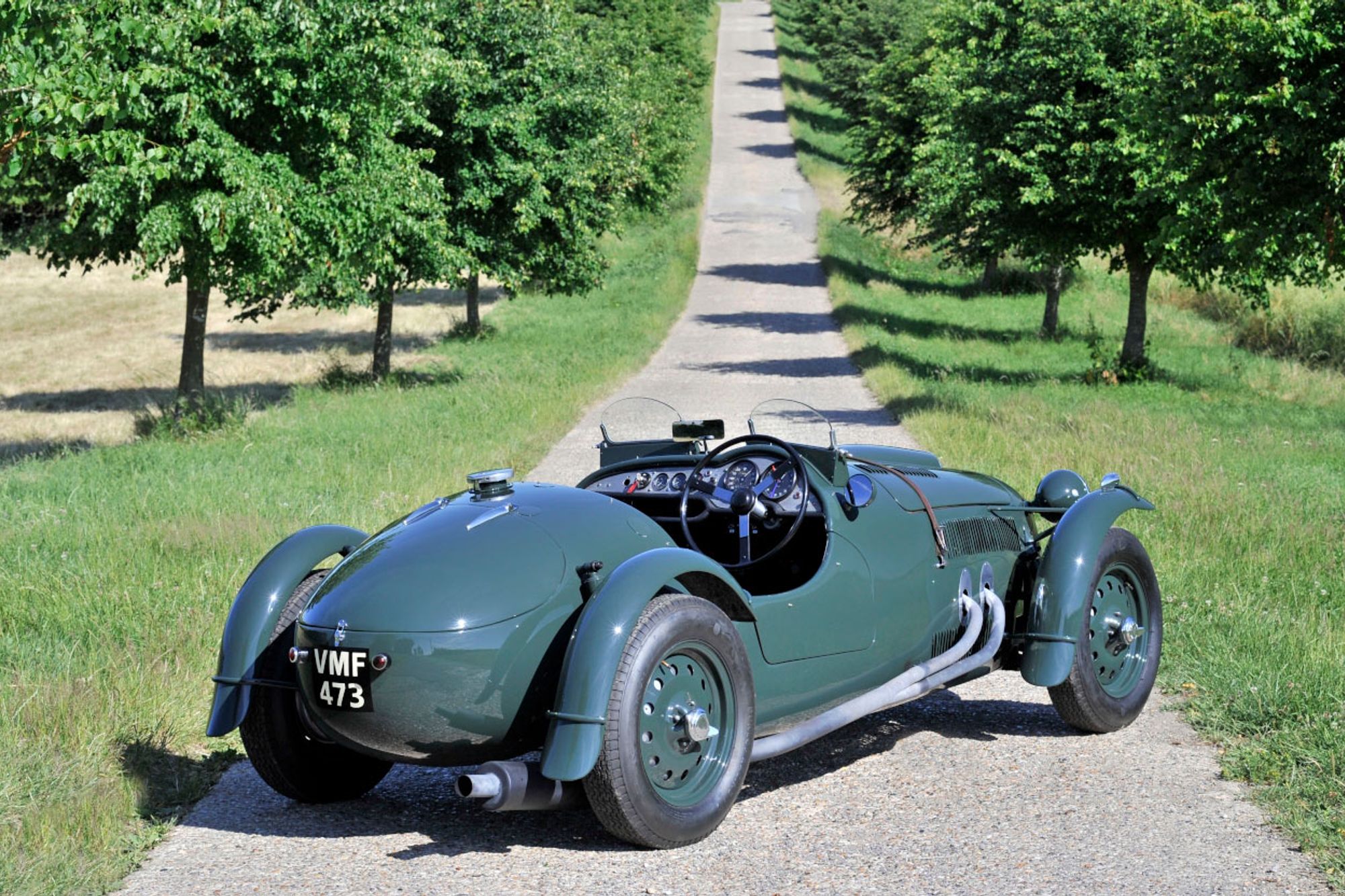 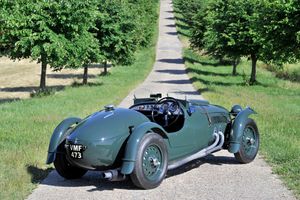 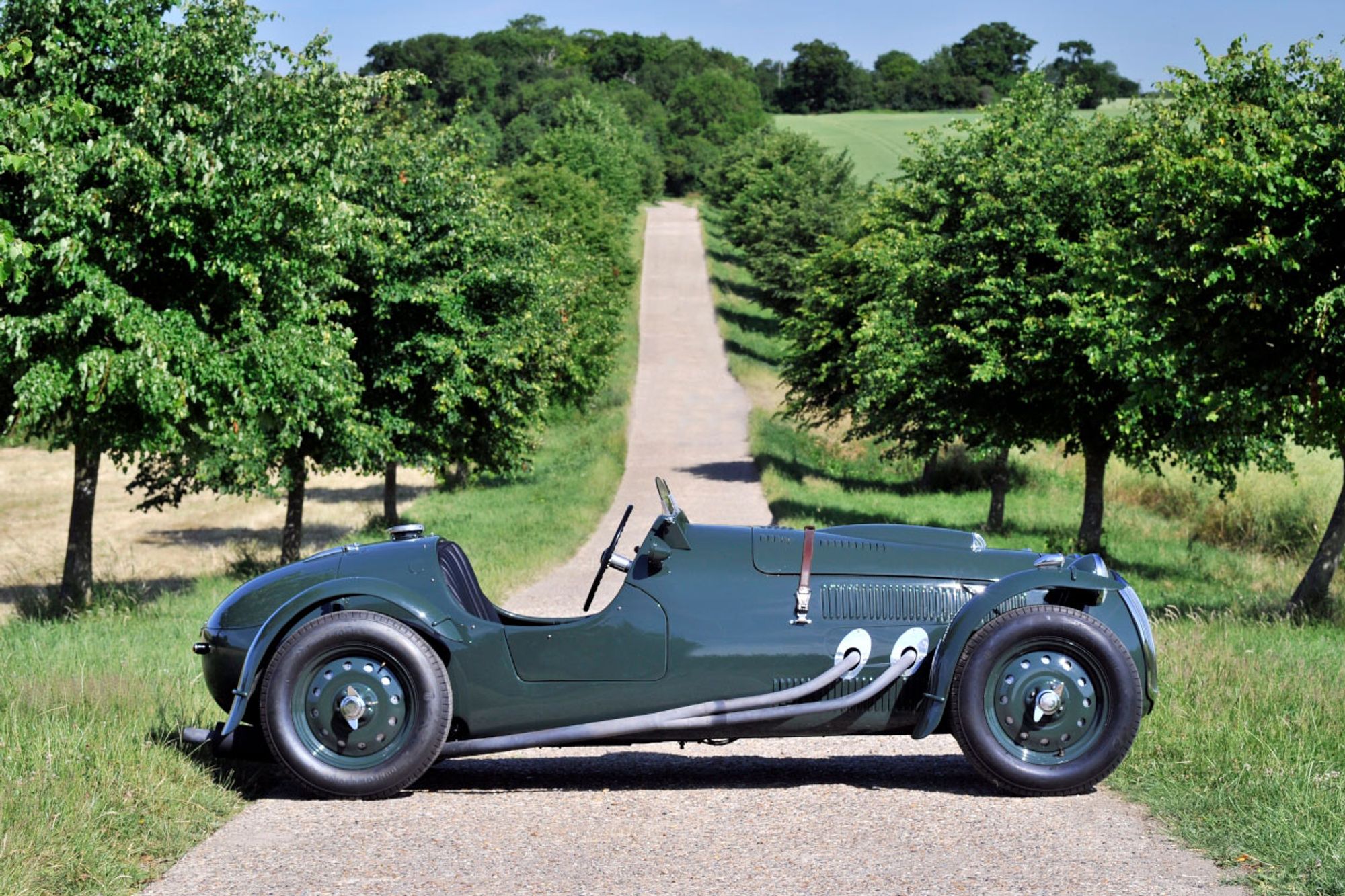 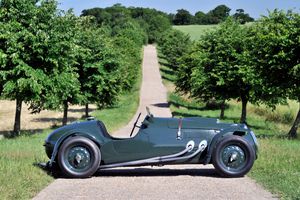 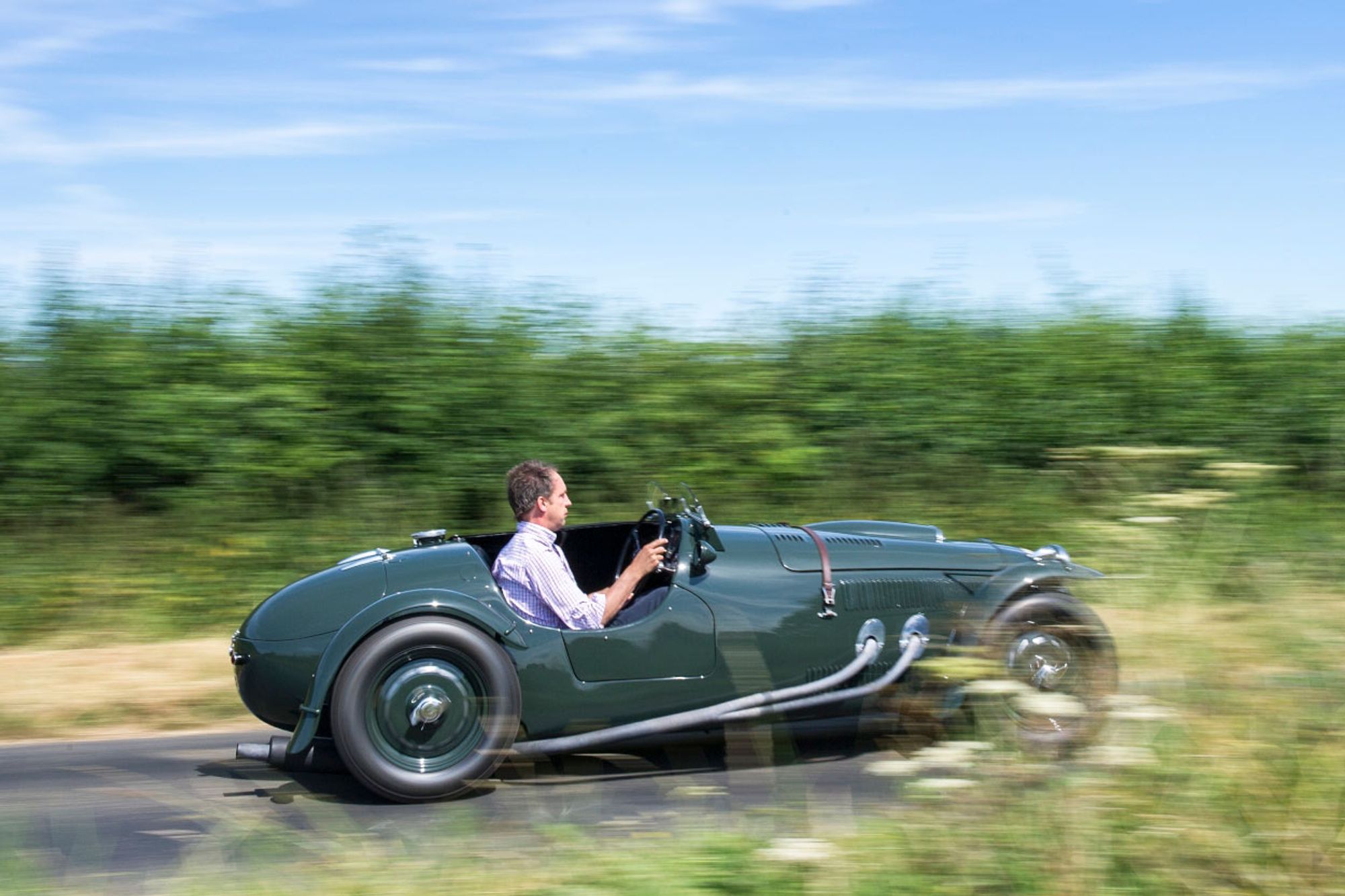 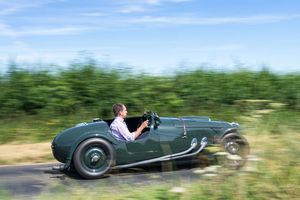 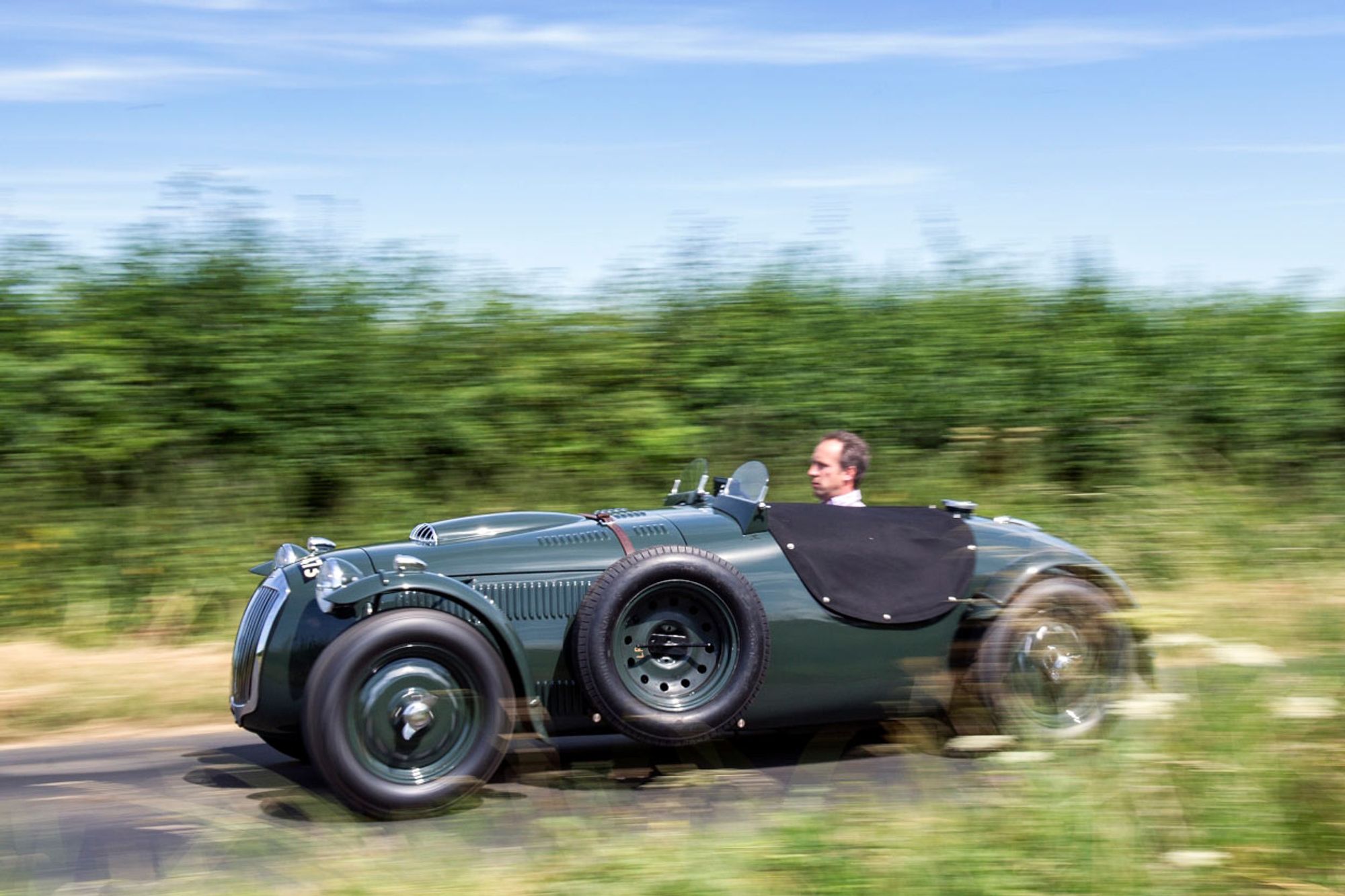 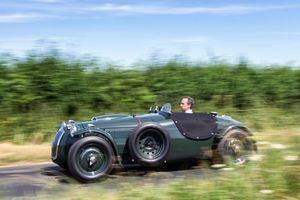 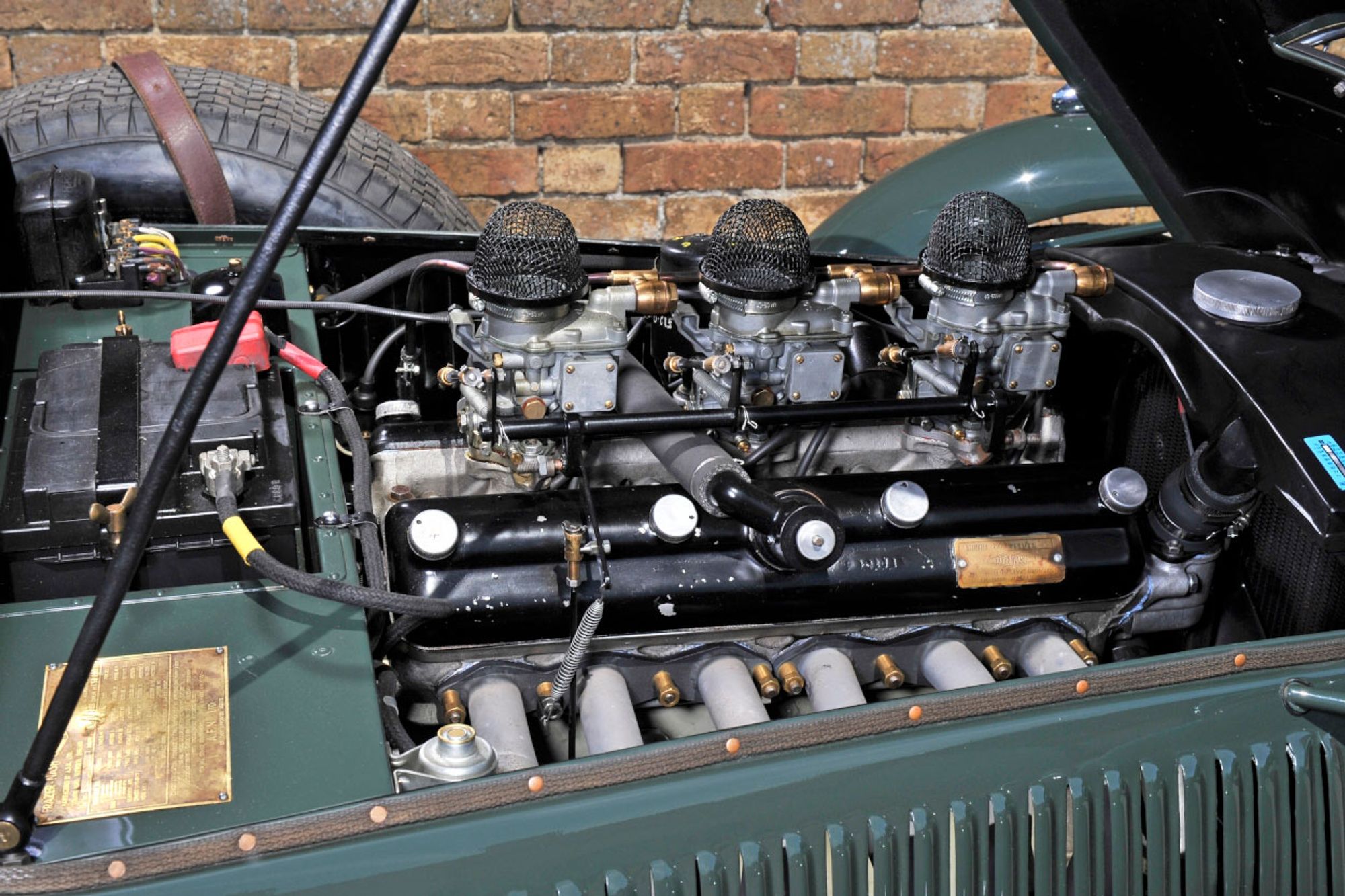 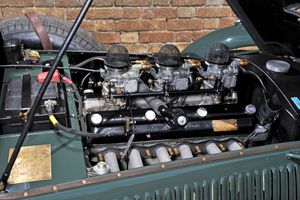 One of the most celebrated and iconic Frazer Nash models, VMF 473 began life as one of only a handful of what could be described as the prototype Le Mans Replicas. Originally supplied as chassis FN3 to Michael Tenbosch, it was originally bodied by Fox and Nicholl (adopted from chassis 001) and promptly competed in the 1949 Mille Miglia. Just over a month later a sister car went on to achieve a mighty impressive third place overall at Le Mans. Following this great achievement at the 24 hour race the subsequent High Speed models built were named ‘Le Mans Replicas’ in tribute to Norman Culpan’s success.

VMF returned to the factory after the Mille Miglia. Its body was scrapped and it was then built into its present identity as a Mark 1 Le Mans Replica and sold as a new car to the renowned racing driver T.A.S.O. Mathieson. He raced the car extensively throughout 1951 including the Grand Prix of Oporto in June, second in class at Pescara in August, and went on to compete as one of two Le Mans Replicas in the Targa Florio in Sicily in September. A broken fan belt forced his retirement from third place however the sister car driven by Franco Cortese won the event.

Back in London, Mathieson was unhappy with his result so decided to telephone H.J. Aldington. As much as he liked the car, he realized that he would get no support from the factory in the future and decided to sell it. VMF continued its racing career by competing in the RAC rally in March 1953 and at Charterhall in April and May in the hands of James Nielson. Following an appearance at the British Empire trophy on the Isle of Man in June 1953 and then subsequently being driven by Jackie Epstein at Prescott in 1955, the car retired from racing and left these shores in 1971 to enjoy a well earned rest in Southern Rhodesia, returning to the UK in 1989.

The Le Mans Replica is welcome with open arms at every major event. In more recent years it has been a regular participant for the sports car race of the bi-annual Monaco Historics where it’s always highly competitive against the Jaguar C-Types. Of course not only is it perfectly suited for the Principality’s twisted circuit, but also at the Le Mans Classic, Goodwood and the Woodcote Trophy - not forgetting that it makes a superlative road car and thus ideal for the Mille Miglia.

The subject of a no expense spared outstanding mechanical and cosmetic restoration by the world’s leading ‘Nash specialist Blakeney Motorsport has produced an all round perfect package! Light, fast (capable of in excess of 180 hp from the legendary Bristol six cylinder engine) and ready to go!