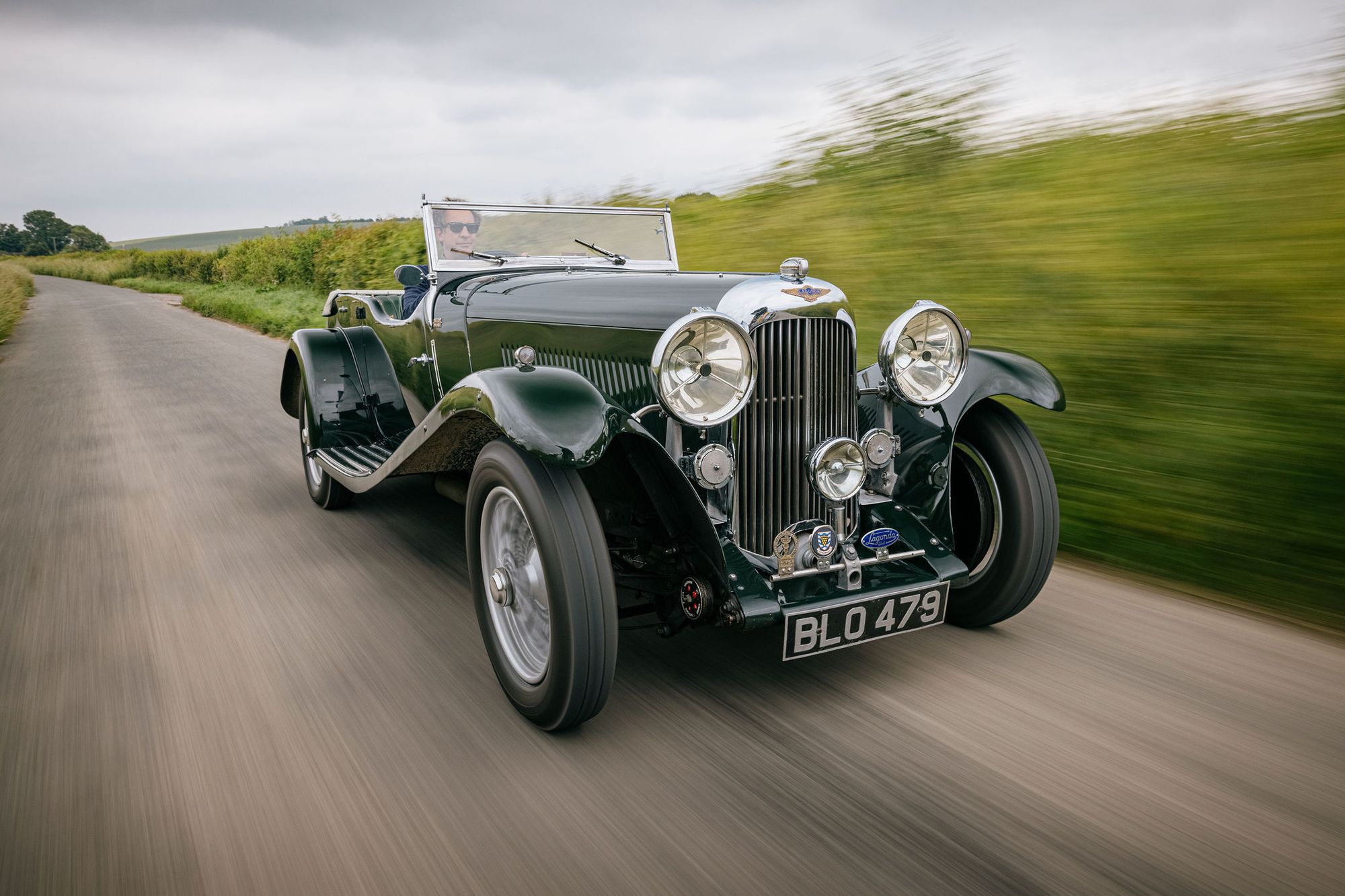 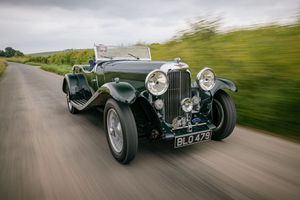 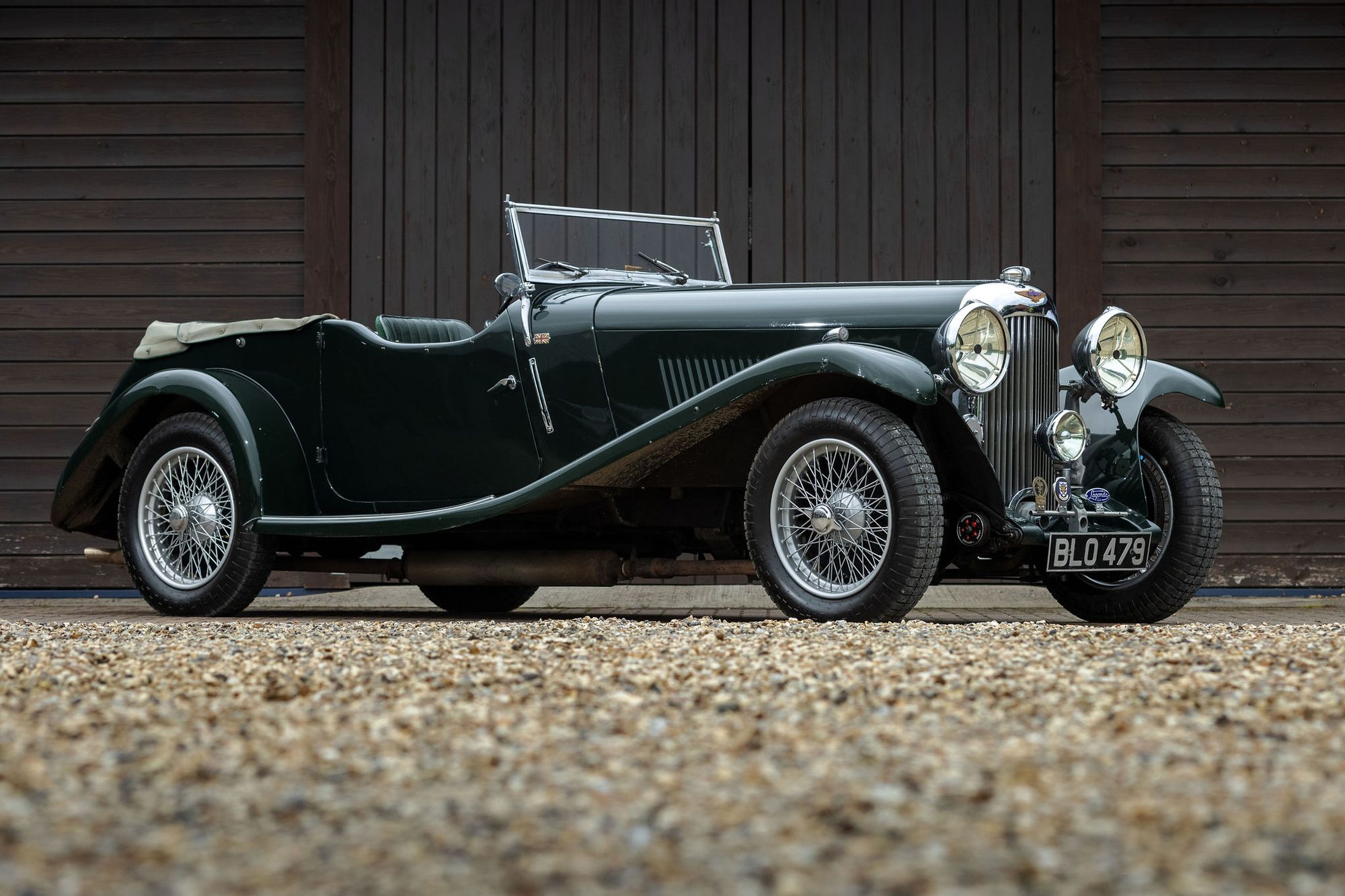 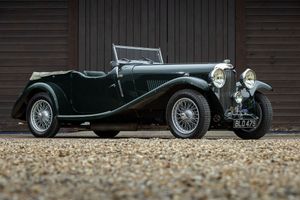 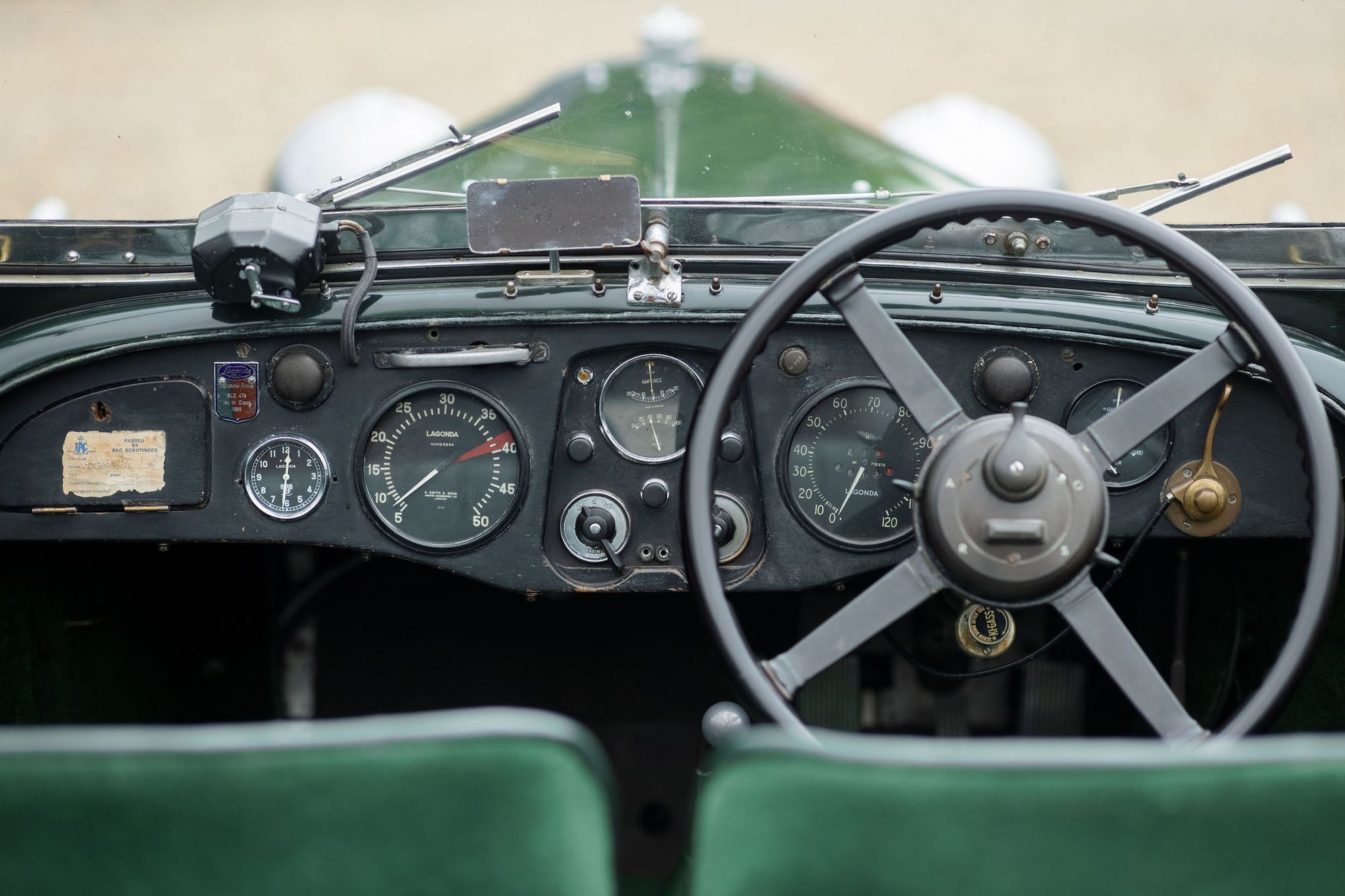 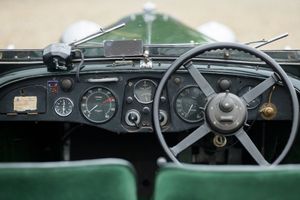 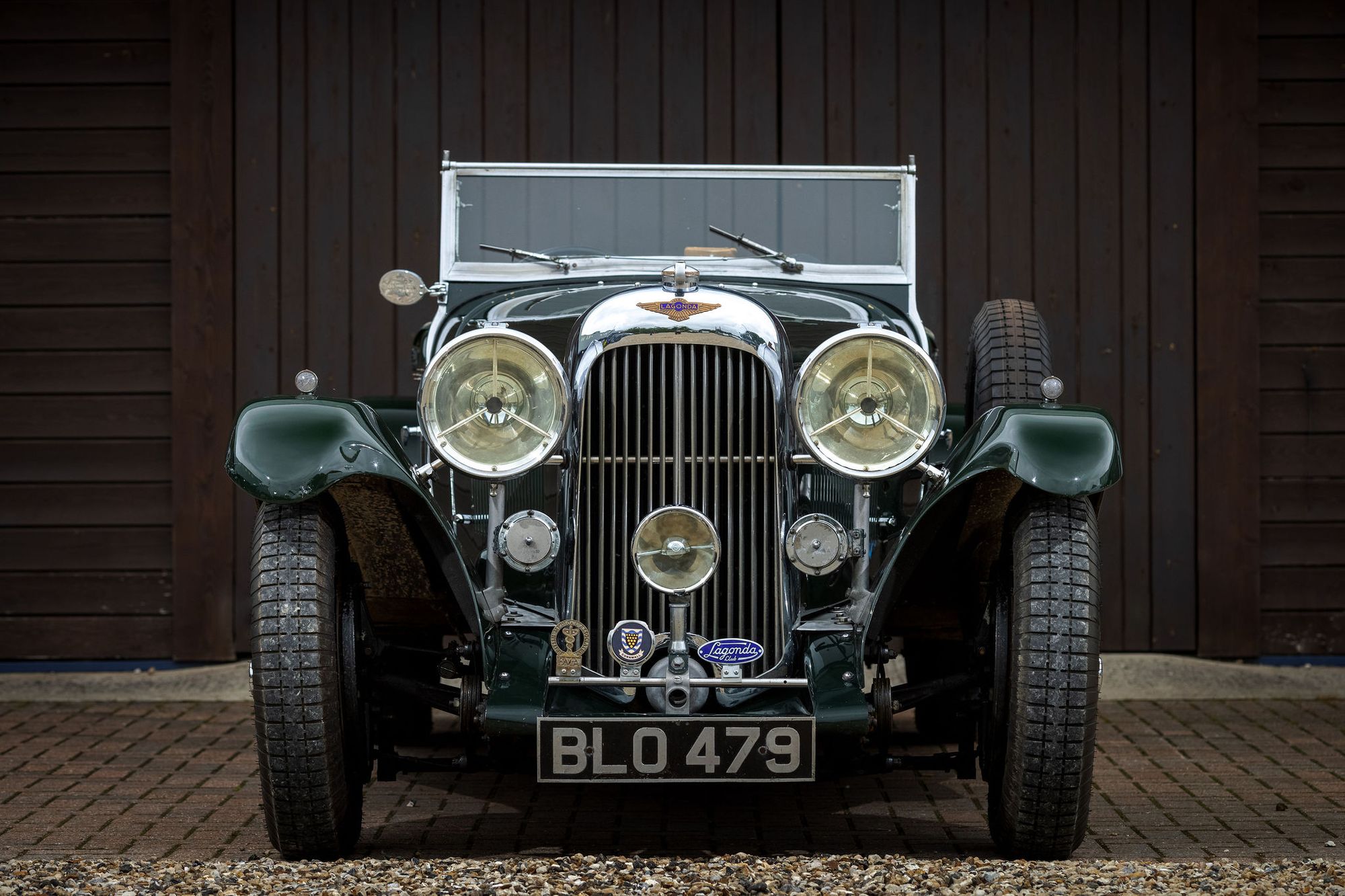 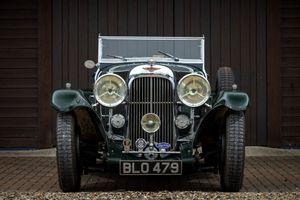 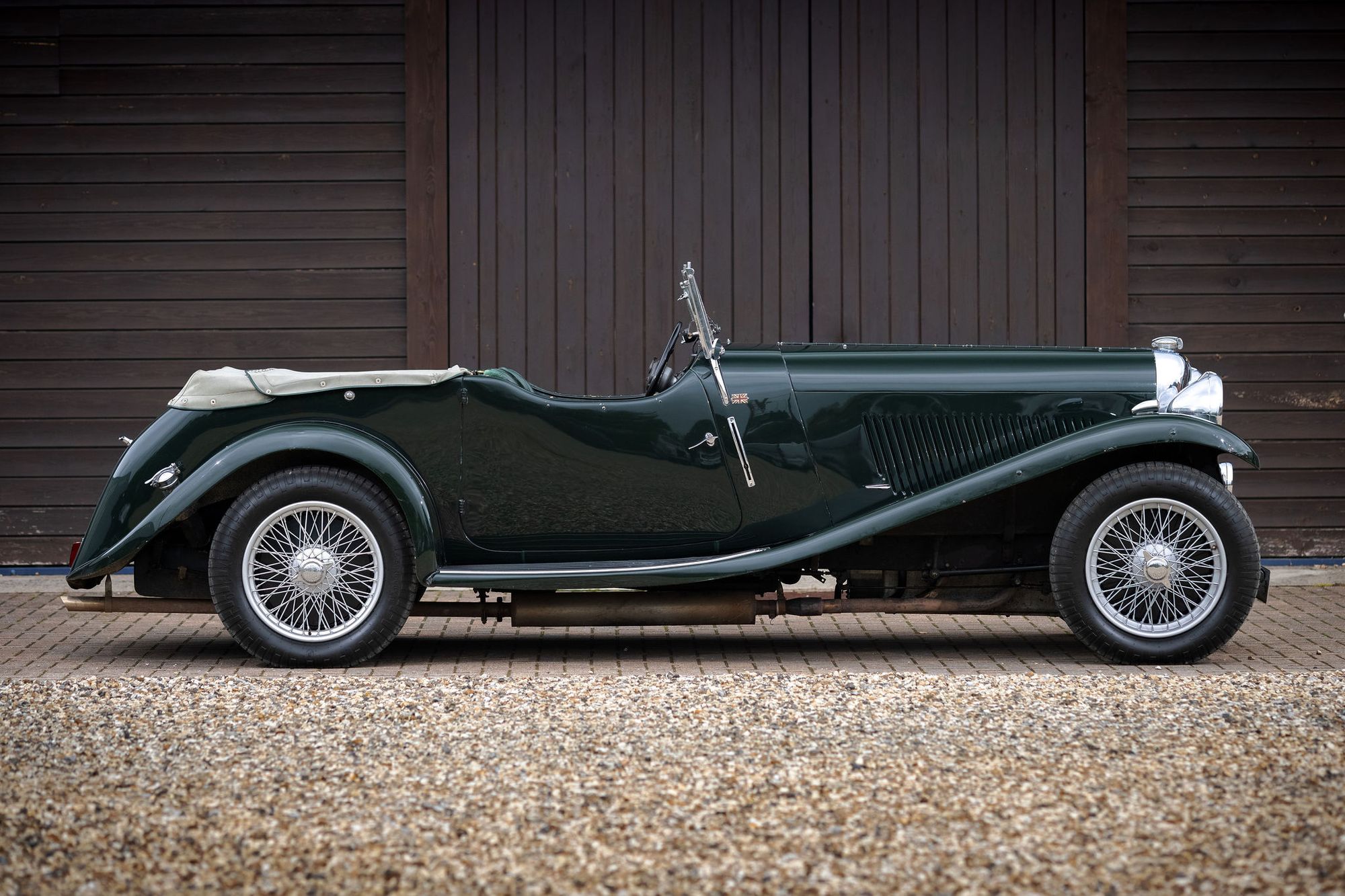 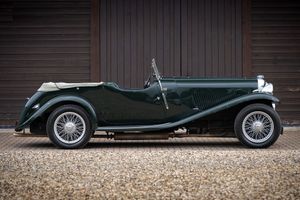 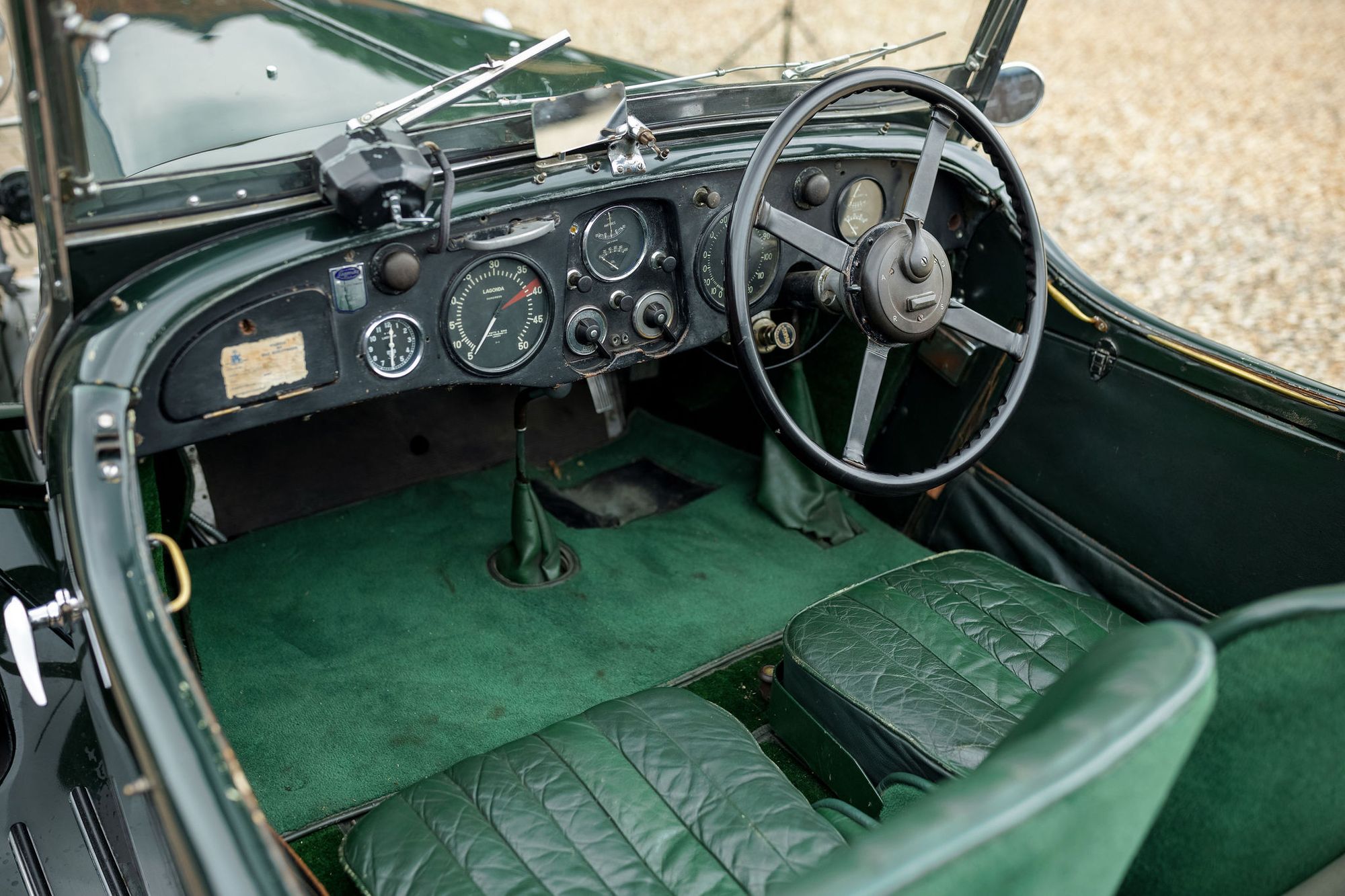 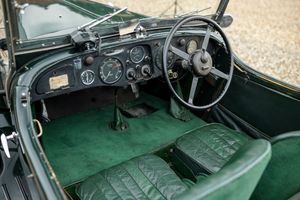 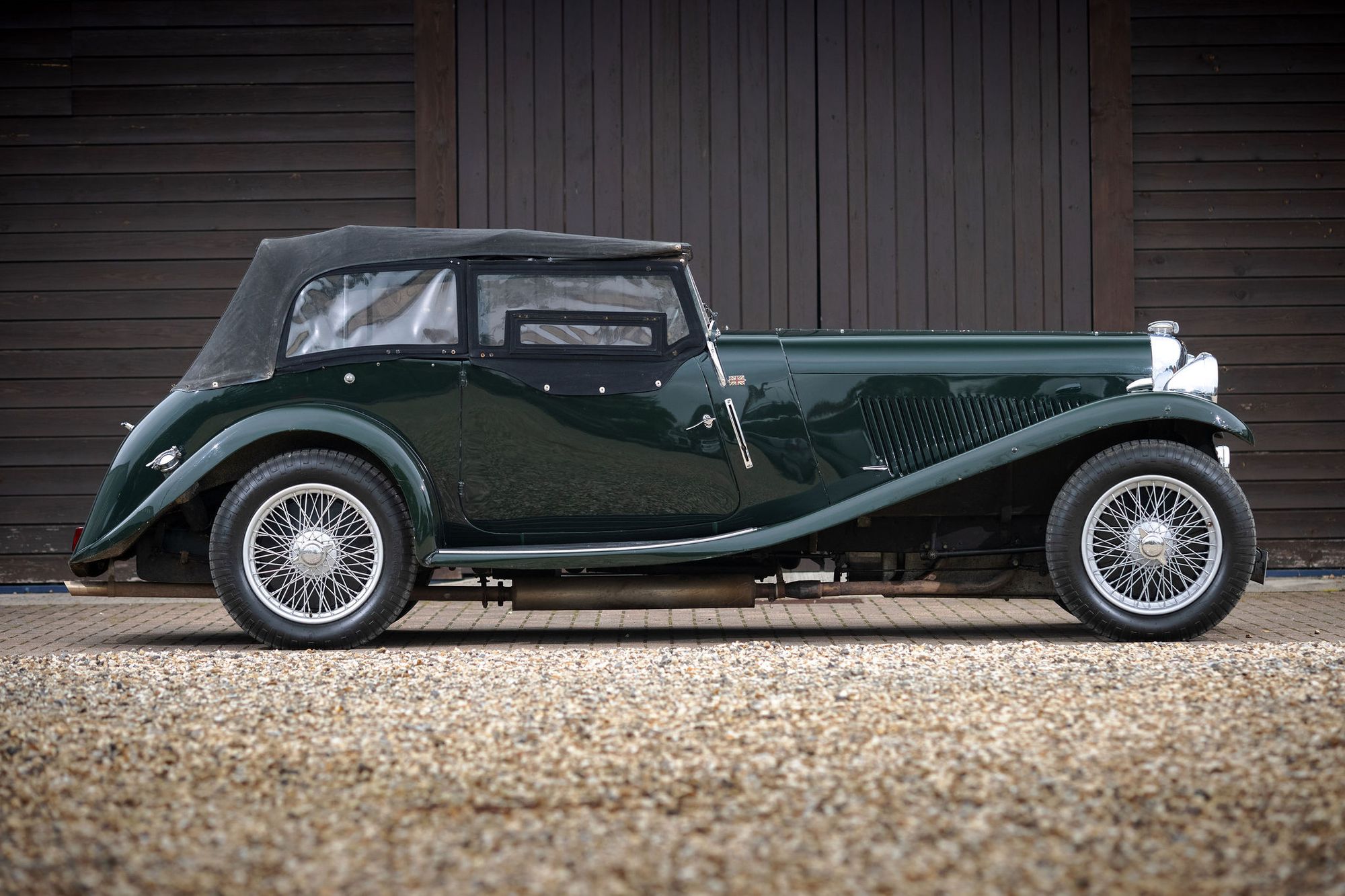 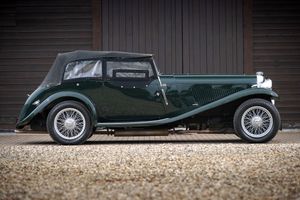 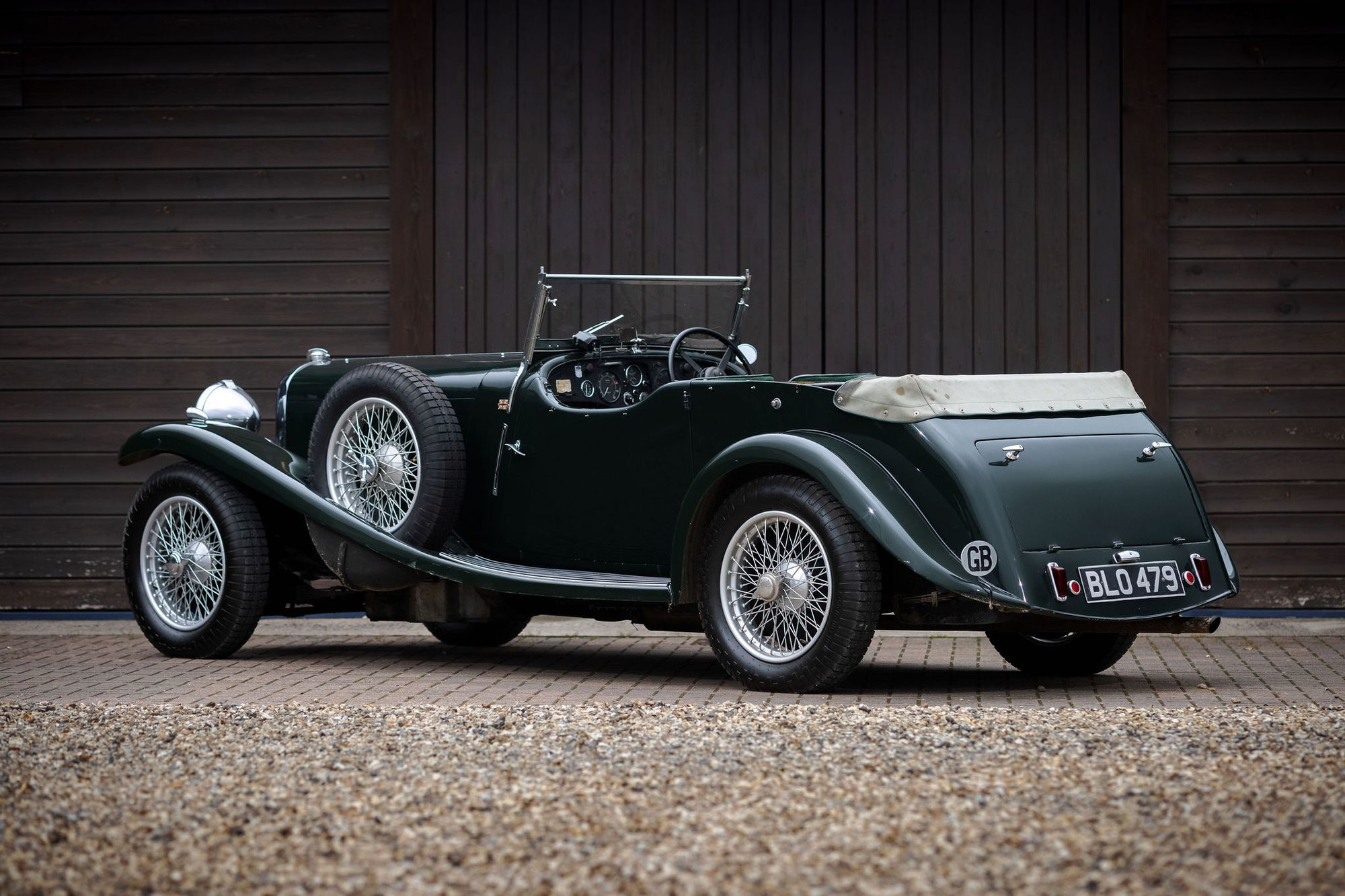 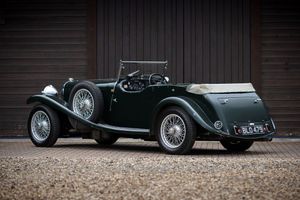 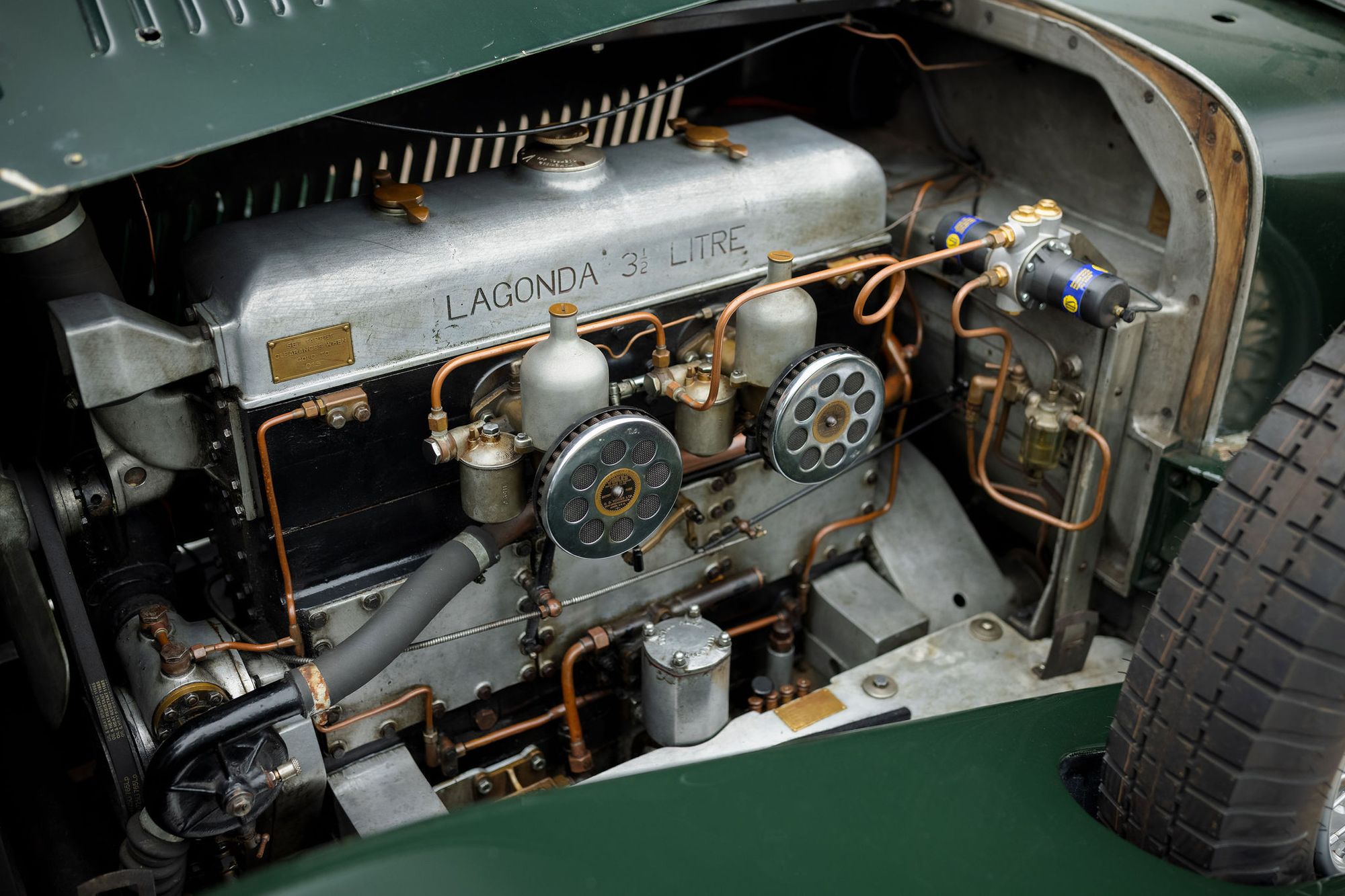 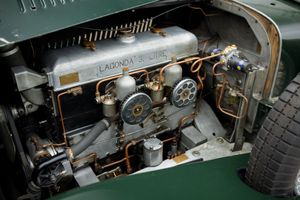 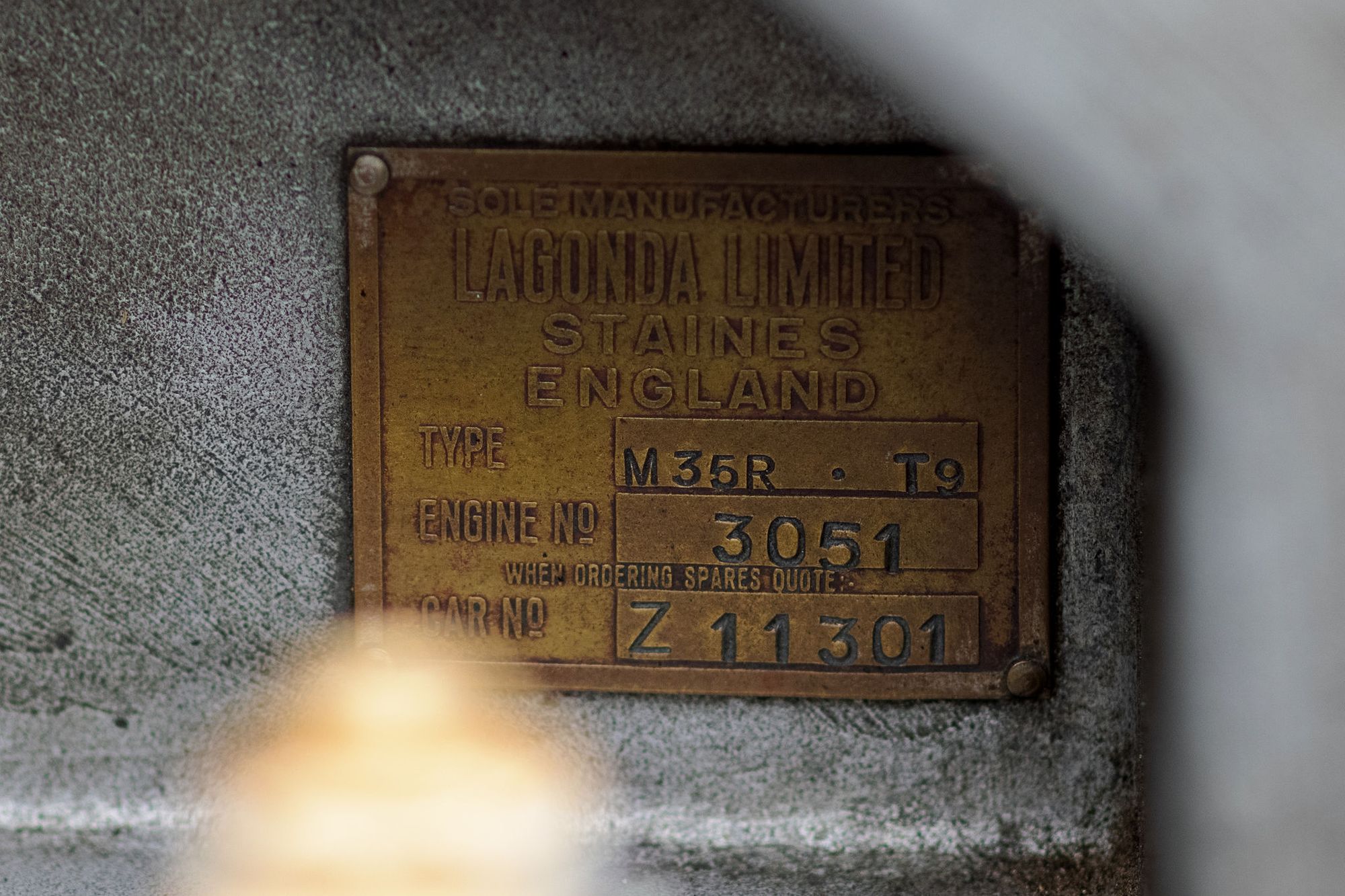 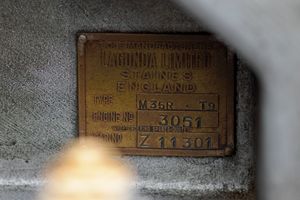 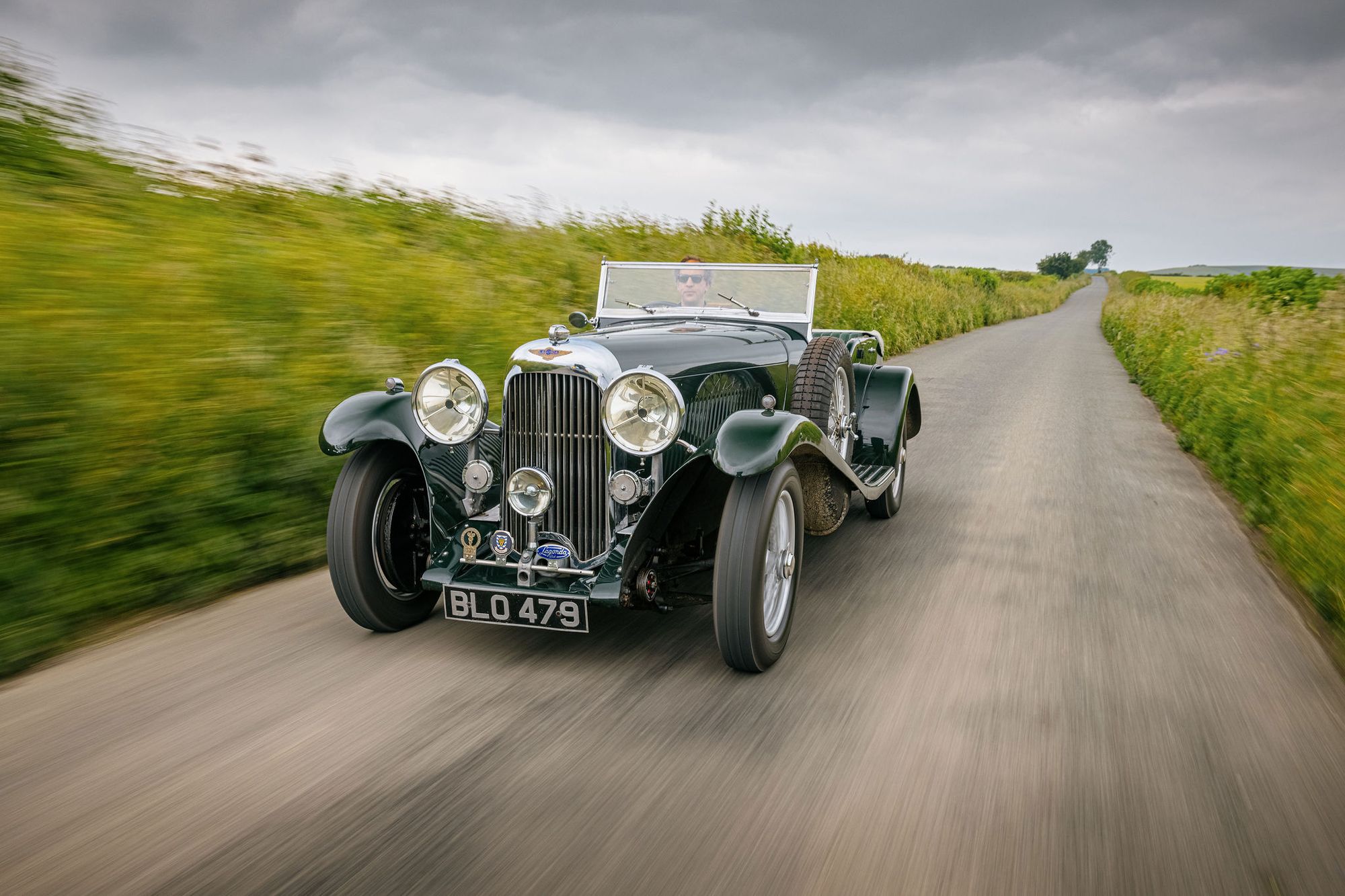 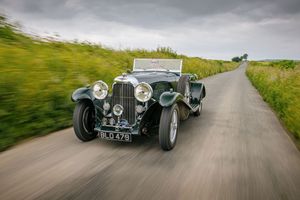 Founded in 1906 by the great Wilbur Gunn, a Scottish-American opera singer turned engineer who became a british national in 1891. Lagonda was named after a small river on the outskirts of Springfield, Ohio itself a French corruption of the original Shawnee American Indian tribal Ough Ohonda, describing the tortuous course of the river as resembling buck’s horns.

Although Wilbur Gunn initially built motorcycles with some success including a win on the 1905 London to Edinburgh trial, his first car, a light tourer was built in 1907. Despite superb engineering and technical expertise, the road for Lagonda after the Great War wasn’t easy. The marque managed to survive and From 1925 the company decided to move towards more luxurious and sporting models. They were fast and tales were told such as when a Lagonda outran the train between London to Brindisi. In competition they were also a fierce competitor, just one example being at the 1934 Tourist Trophy where Lagonda entered three cars and the trio finishing quite strongly.

Conceived in 1934 and offered for just one year the 3.5 litre M35R or Rapide was built with factory designed Tourer coachwork on the short chassis. Somewhere in the region of 65 cars were produced making it one of, if not the rarest of Lagondas. The Motor magazine tested the car in 1935 and declared unambiguously that “it would be difficult to select a more appropriate vehicle for fast and lengthy journeys.”

Chassis Z11301 was sold in January 1935 and is a rare and original Touring version. Finished in dark green with a green leather interior it has a charming patina. Previously restored in the 70’s, a concours winner in the 80’s and an entrant at the Hurlingham concours in the 90’s the M35 drives superbly as well. The paperwork file has reams of invoices from the renowned Lagonda engineer John Downes Ryder who maintained the car for the majority of the past thirty years. These works included a full engine rebuild, brake overhaul and the fitting of an Alvis Speed 25 gearbox. A conversion which has universal approval. To find a four seater open tourer that has impressive performance and good looks at a price of less than a 3 litre Bentley is an incredibly appealing proposal.